This evening, the Chinese Basketball Association took the unprecedented move of kicking Xinjiang Gunaghui (the league’s second-ranked team) out of the league playoffs after it was determined that the team broke league rules by playing three foreign players during the regular season. CBA rules allow each team only two foreign players per season in the interest of promoting – and developing – Chinese players.

The offending player in question – Guan Xiuchang – turns out to be Song Sun-Cou, an American citizen of Vietnamese descent. According to a just-issued Xinhua report, his (now known to be fake) Chinese ID card identified him as a native of Heilongjiang Province and, on that basis, he played a starring role in eighteen of Xinjiang’s regular season games. This was no small feat, as China Daily reported earlier in the day:

… Xinjiang have refused all interview requests regarding Guan and have declined to answer the question of why Guan, a player from Heilongjiang Province according to his registered information before the season, cannot speak a single word of Chinese.

[I can’t remember the last time that I laughed myself to tears on the basis of a single sentence in a newspaper.]

As it happens, this purported Chinese citizen’s lack of Chinese language skills was not the only clue that something was amiss. According to the only information that I can dig up on this guy, the entire CBA managed to forget the fact that – in 2004 – Guan played two games for Yunnan Honghe under the name Ma Xiuchang. Presumably, he didn’t know any Chinese then, either. 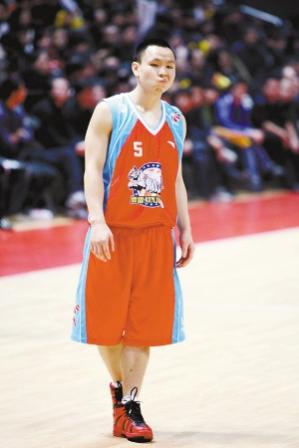 Briefly: I find it hard to believe that Guan’s citizenship was a secret, and I’d love to know the circumstances that protected him – and what precipitated the breakdown that uncovered him. At the same time, the CBA has been undergoing a season-long meltdown that has included repeated instances of trash being rained upon players, officials and coaches. At a match in Shanghai, I personally witnessed fan beating their chests and screaming like Tarzan when opposing African-American players shot free-throws. The situation has gotten so bad, in fact, that state media has called out fans and the league, and China Daily finally cracked (January 3) and ran its own critical story about the circus. So maybe this isn’t so bad, after all.