Generally, I never turn down the opportunity to visit a factory. At a minimum, they’re invariably interesting, especially if – like me – you’re at all interested in how the things that one takes for granted are created. At best (in my case, at least), factory visits might lead to new stories. So I was more than happy when told that – as part of something else I was doing – I would have the opportunity to visit a very large plywood factory in a northern Chinese city that manufactures several types of wood products (for various reasons I won’t go into now, I can’t and won’t reveal the name or location of this factory). Over the years, I’ve visited facilities where safety and environmental conditions were abominable; but I can say, I’ve never left any of them feeling as physically and emotionally upended as I felt after exiting this plywood plant. 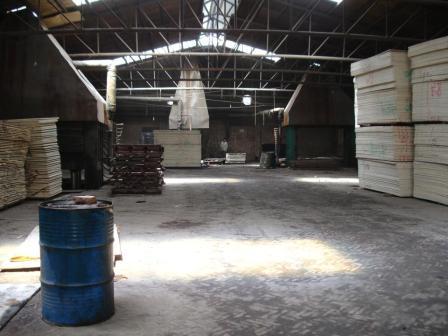 Some background. The facility manufactures unfinished plywood, and coated plywood. Its markets are Chinese and – increasingly – Africa and Eastern Europe (that is, places that value cheap building materials and don’t have very tight requirements on quality or safety). It does not export to North America or Europe. At some point, in the past, it exported to Japan, but for reasons that weren’t revealed, that relationship ended. It employs 100+ people, almost all of whom are migrants. This latter fact surprised me: the factory is located in a relatively small town of the sort that one expects people to migrate from. But the economy of this town is quite unusual, and most of the locals prefer to work in the other major industry (which I won’t name). Like the manufacture of plywood, the other major industry utilizes hazardous chemicals with well-known negative health effects. Even so, despite two bad choices, the locals know that the more fatal choice is plywood. According to two knowledgeable people with whom I spoke about the issue (one of whom was very local), locals expect employees of the plywood plant to contract a terminal illness within two to three years of employment. I suppose it’s no accident, then, that few of the non-management employees that I saw at this plant appeared to be older than 25.

Like so many Chinese factories, the plywood operation impresses on scale alone. Below, a very small part of the yard where the thin leaves of wood are stored before being pressed into plywood. 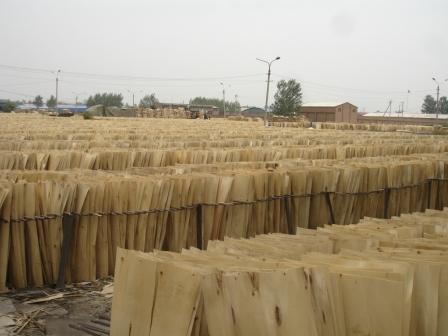 I’m no expert in the manufacture of wood products, but it doesn’t take much digging online to learn that plywood is manufactured using adhesives that – in high concentrations – can cause cancer. In the US, at least, manufacturers are moving away from traditional adhesives (that contain formaldehyde). I have no idea if this is the case, also, in China. But what I do know is that – in this Chinese plywood factory – the heat presses where the sheets of wood were adhered together, the only ventilation was open doors and windows. Below, a couple of images of the pressing operation. Note, in the second image, the shorts and sandals worn by the workers and – most serious – the lack of respiratory protection: 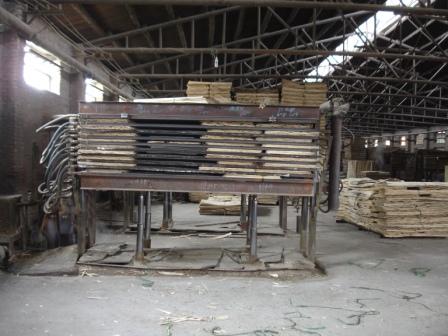 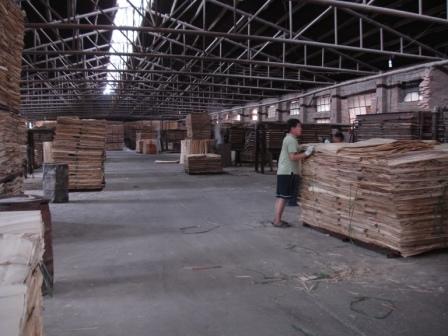 Below, an image of the finished product. I have no idea how to evaluate the quality of plywood, or whether or not it can be evaluated on the basis of a photo, but if so – I’d be very grateful for any insights into this particular batch. 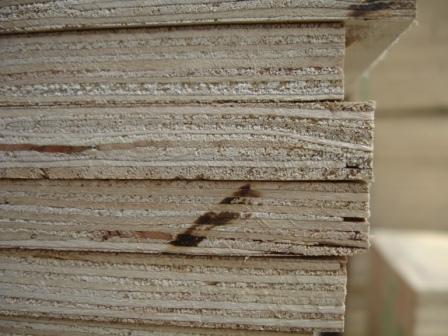 Anyway, some percentage of the finished plywood is moved over to a series of warehouses where black vinyl (I think it’s vinyl) sheets are cooked onto its surface in presses similar to those used to adhere the wood sheets. A manager with the factory assured me that the resulting vinyl-covered black plywood was of the “highest quality.” Again, I have no way of knowing. But what I do know is that the odor in the room where this process was occurring was overwhelming. I lasted only a few minutes and then my eyes began to water uncontrollably and swell. I rushed out into the daylight and relatively fresh air where it took a good ten minutes – maybe more – for my eyes to recover. Below, some images of the kids who remained working in that warehouse and who – as I already mentioned – the locals expect to survive for two or three years, at best. 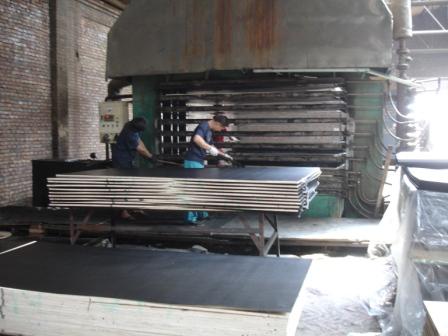 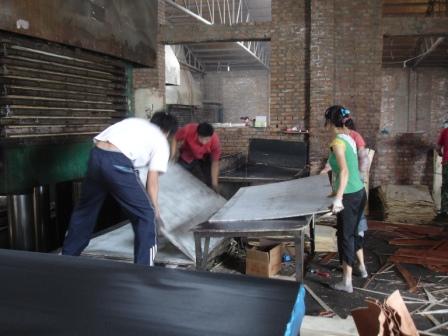 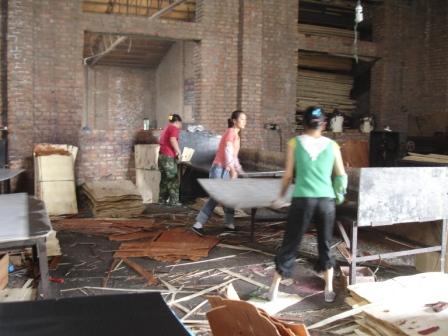 The nature of this visit prevented me from asking any of these migrant kids whether or not they are aware of the mortality statistics whispered by the locals who prefer to work elsewhere. I find it hard to believe that they don’t know. But if they don’t, surely the managers and owners of this company do know. And the lack of health and safety equipment present in the facility speaks to management’s lack of concern.

I don’t know much about the plywood industry, and not much more about what drives a young person from a village to a deadly factory in a town without a future. So, for now, I’ll pass on drawing too many conclusions from these images, and this experience. I think in this case it’s enough to share it.