There’s this Cantonese restaurant out in Shanghai’s Putuo District where my friend G., a Shanghai school teacher, and I used to go for dinner on a semi-regular basis. It’s one of those massive places you only find in China – maybe 200 – 300 tables spread out over the entire third floor of an office building. At the far end, against the wall which hides the kitchen, is a stage, and toward the end of the dinner rush – say, around 8:00 PM – a gravelly-voiced MC with slicked-back hair and a red satin coat gets up to introduce the entertainment. It’s been a while since I was last there (and frankly I can’t say that the joint still exists), but I remember two acts, in particular: the second to last is always a traditional song-and-dance number, featuring attractive young women in their early twenties at the oldest, who danced their steps with the precision of new students. And following that, and most important (to the restaurant and its patrons), is the art auction.

I thought of that restaurant, and those art auctions, when, on Friday, the New York Times ran a very interesting and overlooked piece on the record-breaking prices paid for middling-to-poor Chinese artworks at Christie’s on September 14 and 15. According to the Times, Chinese bidders – sometimes bidding through Hong Kong dealers – bid up some work of art tens and even hundreds of times Christie’s estimates. For example, a dubious vase from the Qianglong reign, estimated at US$2000 – US$3000, sold for $550,000; other pieces went for similarly inflated values.

At the opening of the piece, the author, Souren Melikian, posits two possible explanations for these prices, first suggesting that they are an indicator of a buoyant economic mood in China, and then – with arched brow – offering this: “What is most remarkable is the part played by new bidders unfamiliar with the finer nuances of the art they are chasing and the traditional hierarchy of aesthetic values.”

Well. The Cantonese restaurant where G. and I used to dine  is the sort of place favored by middle-class families (seated on the edges) and small businesses that throw company parties for the sorts of young male employees  (mean salary, just guessing, no more than RMB 2000/month [US$292/month]) who don’t get taken out on someone else’s dime very often. As a result, they tend to over-indulge in food and – in particular – drink to such a degree that, by the time the attractive young girls finish their traditional song-and-dance, and the art auction starts, they’ve got their collective testosterone-fueled ganders up.

Then this: Two of the attractive song-and-dance girls totter onto the stage in high heels and unroll a large traditional ink painting. Nothing special – the sort of thing you can get down at the Yue gardens or other tourist traps for RMB 100 – 200 (US$14.60 – $29.20). The MC waves his hand at it, calls it a masterpiece, and asks something along the lines of “Who likes Chinese art?”

The liquored-up young men rise to their feet and holler their bids over each other, often with wallets flapping above their heads. Around RMB 500 (US$73), the bidding typically slows, but only briefly: like clockwork, bids start to arrive from the family tables at the perimeter of the restaurant. G. and I ate there enough to recognize some of the “family members” who cast those bids, and though there’s no way to prove it, we’re both pretty sure that they’re plants. 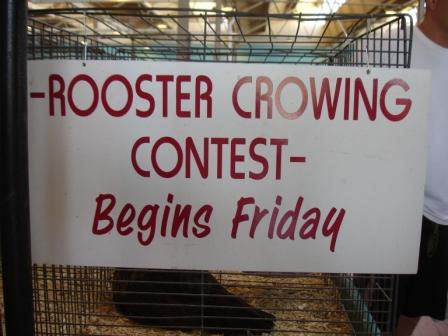 In any case: woe be unto the poor young man who suddenly finds himself the high bidder against one of these plants! His colleagues, all as drunk as he, start to pound his back and encourage him to out-bid the interloper. By this point, the MC is asking a different question: “Who really loves Chinese art?”

Go figure: it’s always the young man with the company party who best appreciates Chinese culture, and ends up paying RMB 1000 ($146) for a painting worth a tenth of that. But, at least for a drunken moment, he has the admiration (read:face) of his colleagues. Personally, I always wonder about how much the spouses of these young men will appreciate the new acquisitions.

No doubt, the collectors who ran up the prices at the recent Christie’s auctions don’t have to explain to incensed spouses how or why they spent half a pay packet on a $300,000 vase that the experts politely call “kitsch.” But, on the other hand, I’ve no doubt that – like their lower-middle class counterparts in Shanghai’s Putuo District, they, too, feel compelled to prove how much they like Chinese art, too, to their colleagues and whomever else might have been watching.