Last night Apple and China Unicom finally rolled out the Chinese version of the iPhone. So far, at least, the introduction seems to have been a low-key affair, with media attention focused – if at all – on the fact that the Chinese version of the iPhone lacks wifi capability. No doubt, that’s a key difference. Here’s another: unlike in the United States, its home market, Apple in China doesn’t offer free recycling of all those non-Apple phones about to be replaced by expensive iPhones. So, despite its image as progressive, green company, Apple is, in effect, relegating hundreds of thousands – if not millions – of Chinese phones to China’s notorious underground e-waste workshops in places like Guiyu. 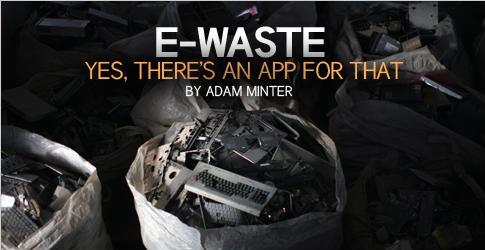 Why doesn’t Apple care about the Chinese environment as much as it cares about the US environment? In September, I gave Apple numerous opportunities to answer that question while reporting “E-waste: There’s an App for that” for Foreign Policy. And, no surprise, they didn’t take the opportunity. The FP article speculates on why.