In 2004, Amy L. Sommers, an American lawyer with the Shanghai office of Squier Sanders and Dempsey, decided to buy a pre-War residence in Shanghai. The search included both lane  houses and Art Deco apartments in the city’s former foreign concessions – the French Concession and the International Settlement. Soon after, she and her husband learned that the acquisition wouldn’t be so easy: not only are many of those districts’ charming houses and apartments subdivided, dilapidated and even dangerous, they are often subject to complicated, intertwining ownership claims.

She was neither the first nor the last prospective buyer to run into these issues in Shanghai, home to the best and last remaining stock of original, pre-World War II housing and neighborhoods in East Asia. But she is likely the first and only one to decide to write an American law review article exploring the various factors that have contributed to the decrepit state of that housing stock and – most important – its rapid destruction in the wake of Shanghai’s extraordinary economic development. 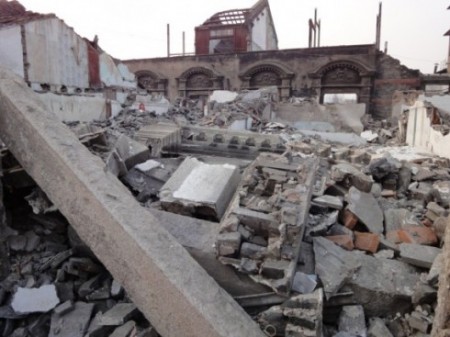 The results of her work – “A Tragedy of the Common: Property Rights Issues in Shanghai Historic Residences” – was written with Kara L. Phillips of the Seattle University Law Library, and published in the Fall 2009 issue of the Penn State International Law Review. It’s an important piece of work for anyone who cares about Chinese cities and their historic cores. Rather than focus on the superficial, conventional wisdom explanation for why Shanghai’s historic residences are in poor condition and disappearing (people are poor; developers are greedy and short-sighted), Sommers and Phillips look back to post-1949 Chinese land reform policies and how they’ve impacted contemporary urban landscapes.

Of these, none impacted Shanghai’s historic homes so much as the property seizures and occupations of the Cultural Revolution. As multiple families occupied and sub-divided homes meant for one family, they set in motion a sorry cycle whereby nobody – neither the original owner nor the occupier – had any incentive to take responsibility for the upkeep of a property. The subsequent, forty years of unmet maintenance creates a perfect excuse and occasional need to demolish.

Last week Ms. Sommers agreed to answer some emailed questions about her work related to Shanghai’s historic residences. I’ll be posting those answers today and tomorrow.

It’s worth noting that the disappearance of East Asia’s old housing and neighborhoods isn’t a new subject. But this summer, as Shanghai – East Asia’s last great outpost of old urbanism – hosts a World’s Fair devoted to better cities, the subject has taken on palpable urgency.

Shanghai Scrap: It seems to me that the central legal conflict at the heart of the phenomenon you describe is between those who have (or think they have) ownership rights and those who have (or they think have) usage rights [gained via seizures during the Cultural Revolution]. To your knowledge, are there local Chinese lawyers who specialize in these conflicts? And are they resolvable as a legal matter? Or does it basically come down to money?

Sommers: Yes, there is at least one local law firm I know of personally that specializes in identifying formerly confiscated properties and sorting out how to acquire them.  While they describe themselves as a law firm, it sounds like the firm functions more like an intermediary consulting firm, putting together deals and securing needed governmental approvals so that would-be buyers can acquire old properties where title is currently clouded.

While there are legal mechanisms available to resolve these title and transfer issues, from a policy standpoint, the government is unwilling to take a strong hand against the current residents of these properties to force them to leave (presumably for reasons of ‘social harmony’) and absent an active policy stance from local government agencies, then corrupt payments are likely the tool of choice for springing free these properties. The current tenants are often part of the process of extracting payments — both from the government and from legal rights holders. 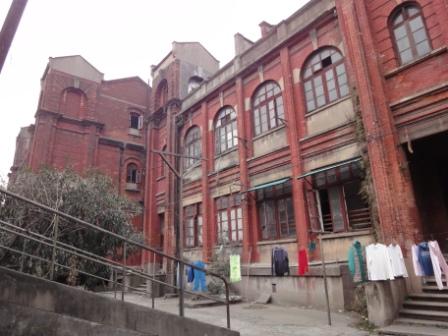 Shanghai Scrap: To what extent are Shanghai’s property developers able to take advantage of the conflicting rights at play in these sub-divided homes so as to gain control of the property? Is it easier, at some level, for the local government to help a developer demolish and redevelop rather than restore rights and preserve?

Sommers: In thinking about this question, we have to think about scale. The historic residences that are still in existence in Shanghai – and the number seems to be dwindling by the week – are held or claimed by a diffuse group of individuals, some of whom have competing interests (the holders to legal title may want to sell the house to be renovated by a Hong Kong or foreign buyer; the holders of usage rights may want to use their claim to extract compensation or ownership title to an apartment of their own).

If an individual owner or would-be buyer would like to transfer rights in a single house, the transaction is too insignificant in scale to the problems the local authorities have to confront to warrant their taking an active approach that would run the risk of creating ‘disharmonious’ controversy by ousted holders of usage rights.  And, given how expensive real estate has become in Shanghai, a would-be buyer likely doesn’t see the economics as warranting a contribution of extra funds to entice usage rights holders to leave.

At the same time, if a single developer comes along to redevelop the site, a much larger project can be constructed on the ground and that upside potential can create enough value to justify the developer in helping pay a high price to these same holdouts, and it is much easier or more efficient for the relevant government agencies to deal with a single claimant (the would-be developer) than to deal with a myriad of one-off purchasers.

Given these dynamics, it’s probably not surprising that the local property officials don’t perceive much premium in taking an active role to facilitate the clearing up of remaining hold-outs of properties where redevelopment of the site is not planned. 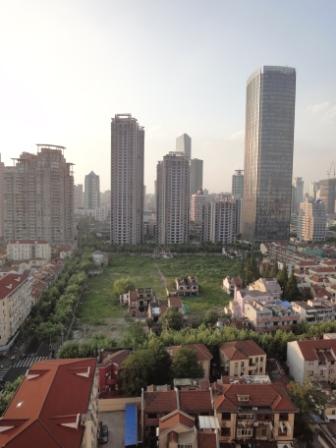 Shanghai Scrap: One of the most fascinating passages in the Penn State piece is when you mention that many of the uneducated and poor who received/seized real estate during the Cultural Revolution, have remained poor, and in those same houses. How much has the fact that there appears to be – for lack of a better term – a permanent underclass perpetuated the upkeep problem.

Sommers: Apart from the awfully sad stories of those who lost their homes or the right to decide with whom to share their homes, one of the terribly futile aspects of this situation was that 40+ years on it doesn’t seem to have really helped those who took possession of these residences in getting a leg up. Maybe this shows how hard social engineering really is to effect.

The gritty imperative behind why home invasions grew out of the Cultural Revolution’s philosophical imperative to destroy the ‘four olds’ (old ideas, old culture, old customs and old habits)  was the terrible housing conditions of so many Shanghai residents during that period.

In the 15 years following the founding of the People’s Republic in ’49, the focus of economic effort had been on growing China’s industrial base (state investment in urban housing as a percentage of GNP averaged only 0.78% from 1949 to 1978). In the 1950’s, 85% of Shanghai’s population was living in pre-1949 housing stock with an average of less than 2 m² per person. Improving housing standards for urban residents wasn’t on the radar screen.

Presumably, by the mid-1960’s people were pretty fed up and the chance presented by the Cultural Revolution to leverage off the general outrage against bourgeois reactionaries — the people who had been educated and affluent enough to own or hold long-term lease rights to a single-family residence in 1949 — was probably too good to pass up.

On the question of the extent to which the existence of a permanent underclass has perpetuated the challenge of maintaining the homes, the problem in my view is less about having the wherewithal to paint and do maintenance, but more to do with the tenants’ consciousness that their rights in the space may be the one thing to give them leverage in this world where the cost of living is spiraling and there’s a sense of the prospect for moving up the ladder evaporating.

This recent piece about class/economic mobility does a good job of capturing the sense that the door is closing and if you’ve not previously moved up the economic food chain during the first 30 years of economic reform, it may be too late. Faced with that perception, I predict rights holders will cling all the tighter to the one source of status they may have — living in a prestigious address in one of the prime districts of central Shanghai.

Tomorrow, more from Amy L. Sommers, including some details on how she became involved in historic preservation, and her measured outlook for the future of Shanghai’s classic neighborhoods.