In the run-up to the November 12 release date of my first book, Junkyard Planet: Travels in the Billion Dollar Trash Trade, I’m posting a new photo taken during my decade of reporting on the global waste, recycling, refurbishment, and repair trade. Today’s image offers some visual scale for those curious about the evolution of China’s throwaway consumer culture. It also offers an interesting contrast with yesterday’s image. Click to enlarge. 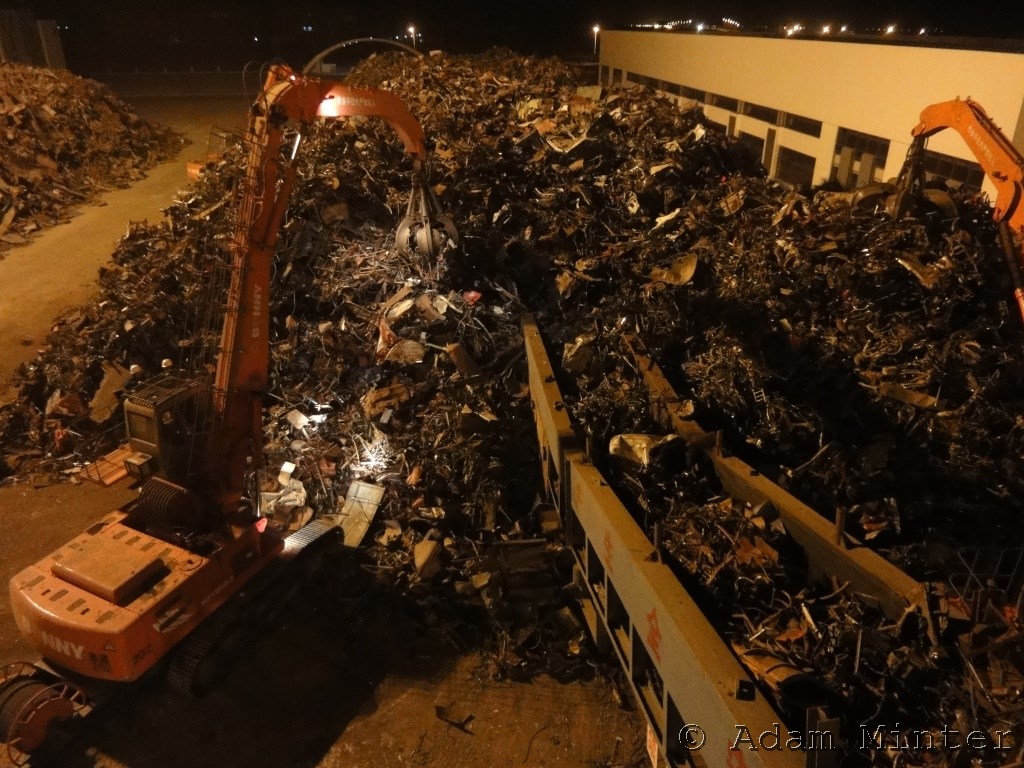 A cold night, December 2010, Lianyungang, China. I stood atop a 4000-horsepower metal shredder and snapped this image of bicycle frames, car doors, siding, and other ‘light’ scrap fed onto a conveyor for shredding into fist-sized chunks. Eventually, it’ll be melted at a steel mill. All of this scrap was generated in China by Chinese consumers – there isn’t an imported or ‘dumped’ scrap in it – who simply don’t want their old stuff anymore. As China develops, and its consumers develop the ability to buy more and more new things, these piles grow bigger and bigger. The shredder itself was built in Texas (much more on giant metal shredders later in the Scenes from a Junkyard Planet series).