During the run-up to the November 12 release of my first book, Junkyard Planet: Travels in the Billion Dollar Trash Trade, every weekday I’m posting a new photo taken during my decade of reporting on the global waste, recycling, refurbishment, and repair trade. Today’s scene shows a recently built television dismantling and recycling factory in China’s Hubei Province. Click for an enlargement: 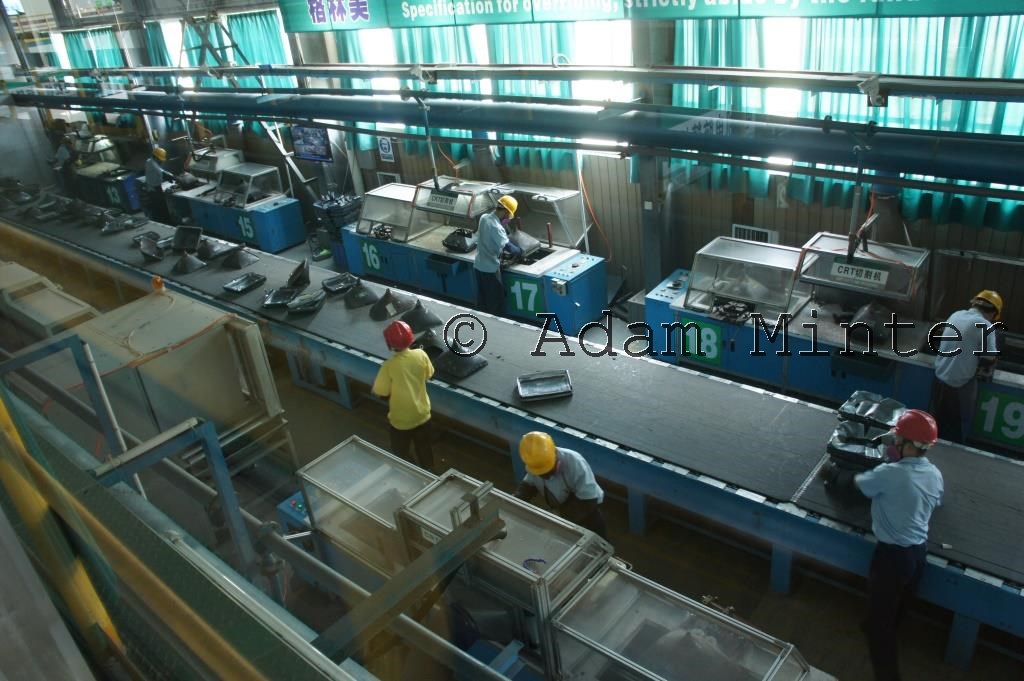 This image, taken in August 2013, shows a key section of what is likely the largest television recycling factory in China, with the ability to recover 2 million televisions per year. It’s a desperately needed service: as noted in yesterday’s scene, China tosses out roughly 1.5 million tons of televisions per year at the moment, and that number will grow, creating hazards – televisions are filled with lead – and opportunities – televisions are also filled with valuable metals. In the past, the recycling of televisions in China was often left to informal workshops where health and the environment were barely considered. But over the last three years, the Chinese government has implemented a program whereby consumers received a subsidy for sending their televisions to licensed workshops, thereby supporting the development of environmentally safe and sound recycling in China. There’s still a long way to go, of course, but this factory – and its siblings across China – are a big first step.