During the run-up to the November 12 release of my first book, Junkyard Planet: Travels in the Billion Dollar Trash Trade, every weekday I’m posting a new photo taken during my decade of reporting on the global waste, recycling, refurbishment, and repair trade. Today’s image is taken from a television recycling warehouse in China’s Hunan Province. As always, click for an enlargement: 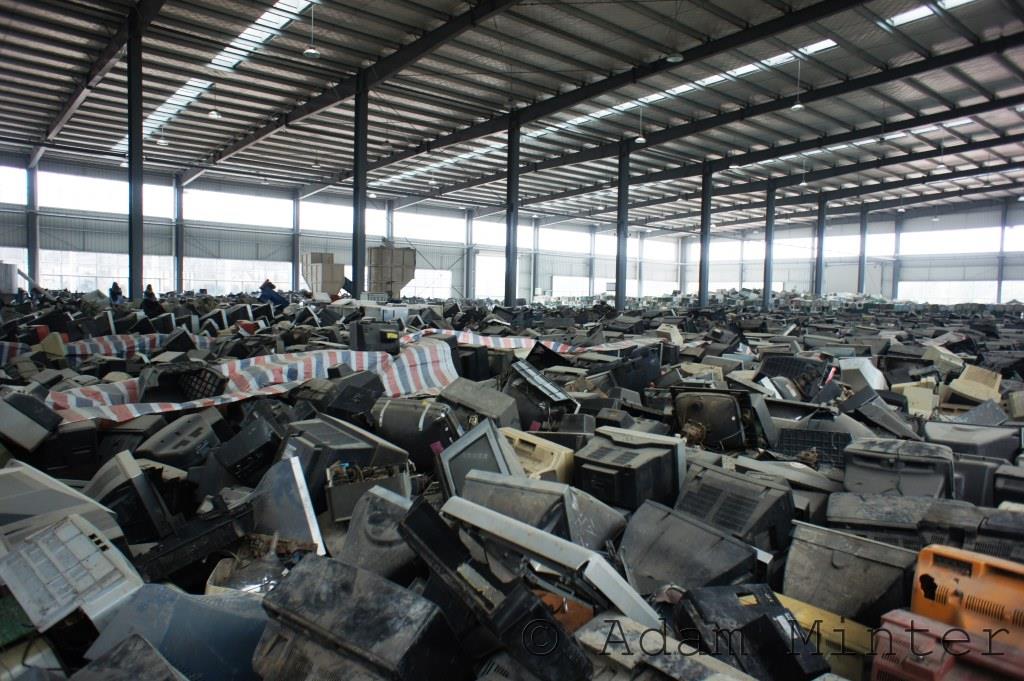 In 2011, China tossed away approximately 1.5 million tons of televisions and computer monitors, and based on this 2012 photo, most of them ended up in this warehouse. In fact, this image shows only 1/3 of the warehouse – the other two-thirds were just as full. More important, this warehouse only collects televisions in a geographic range representing perhaps 1% of China’s population – and most of them don’t sell their televisions to this warehouse. In other words, more than 99% of China’s unwanted televisions are somewhere else – and, unwanted, they pose significant, health-threatening hazards. Over the next few days, I’ll offer some photographic insights into how China is trying to deal with this problem, albeit haltingly.