In the run-up to the November 12 release date of my first book, Junkyard Planet: Travels in the Billion Dollar Trash Trade, I’m posting a new photo taken during my decade of reporting on the global waste, recycling, refurbishment, and repair trade. Today’s Scene shows what happens to unwanted Chinese televisions that still have some life in them: they’re repaired and refurbished. Click for an enlargement. 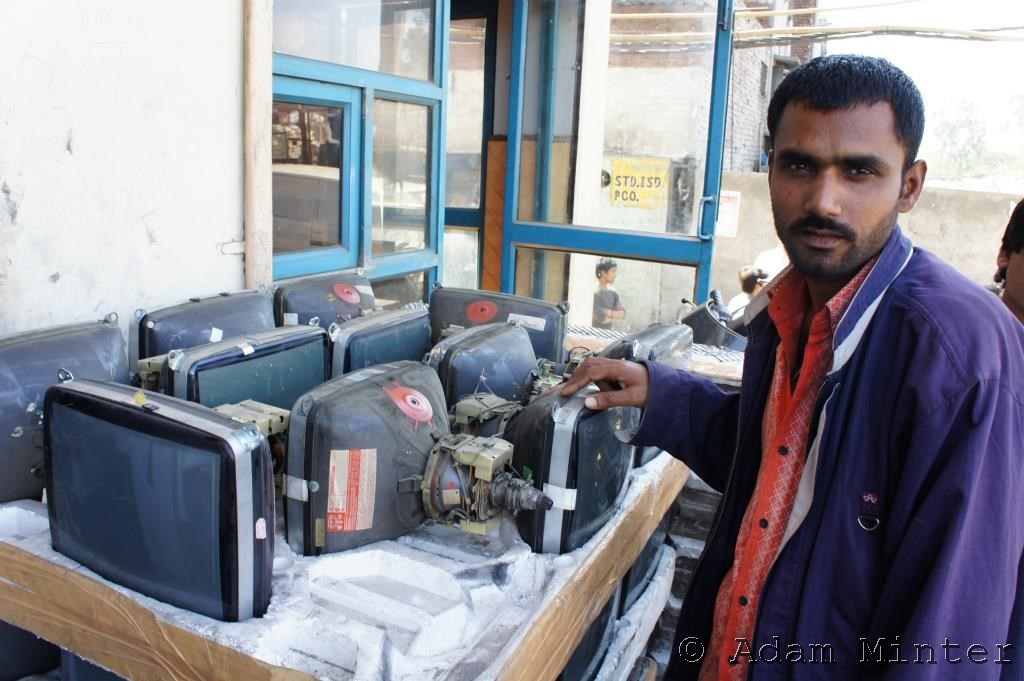 This March 2013 image was taken in the Old Seelampur neighborhood of Delhi, India – likely the largest used electronics market in India, and certainly the largest in Delhi. At one time, the primary source of used electronics in Old Seelampur was Europe; these days, it’s China, which is quickly becoming the world’s largest single source of unwanted electronic appliances, due to its rapidly expanding – and upgrading – middle class. India, meanwhile, remains home to a vast population that can’t afford new televisions at all. So, predictably, they buy used ones – such as the ones in this photos, imported and repaired in Old Seelampur. The man in the photo is named Aftab Malik, and he’s a self-trained television repairman, and one of hundreds of entrepreneurs who make money in Old Seelapmpur by repairing what Chinese don’t want, anymore, and selling them to Indians who can’t afford better..