During the run-up to the November 12 release of my first book, Junkyard Planet: Travels in the Billion Dollar Trash Trade, every weekday I’m posting a new photo taken during my decade of reporting on the global waste, recycling, refurbishment, and repair trade. Today’s Scene shows Chinese workers sorting the same kinds of shredded metal shown in yesterday’s scene, which featured Indian workers. Click to enlarge: 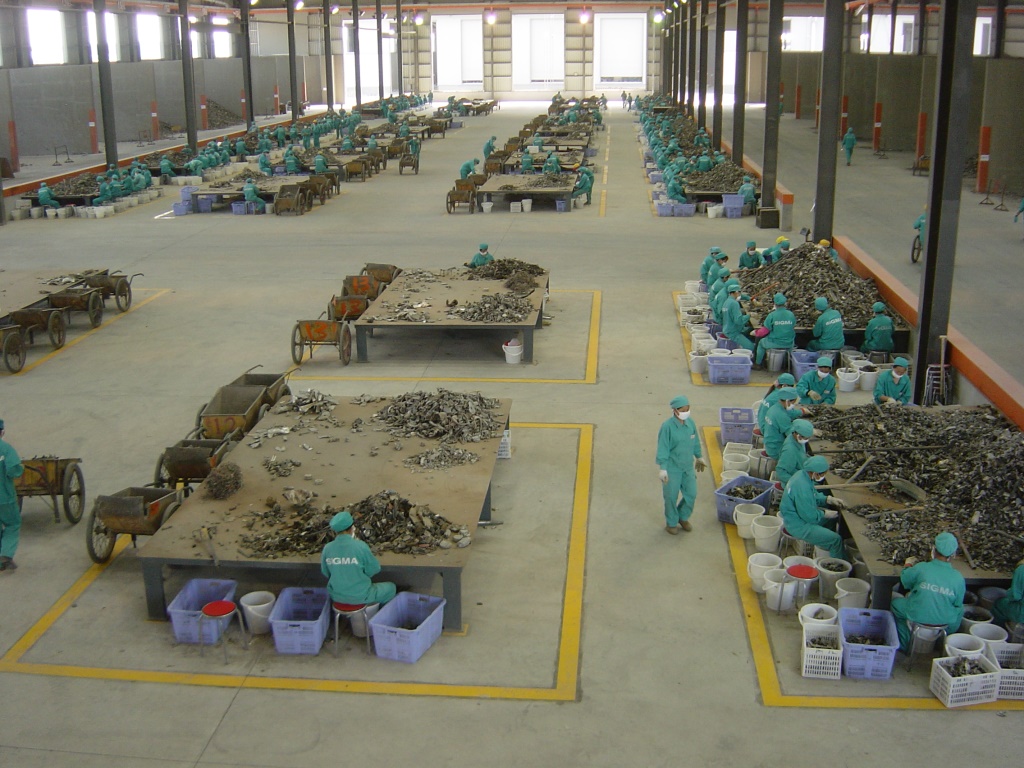 This 2005 image, taken at a Shanghai-area scrap yard, shows hundreds of workers diligently sorting the various metals that emerge from US and European automobile shredders. Like the Indian sorters featured yesterday, the workers at these tables are all women. However, unlike the Indian sorters, the Chinese workers are afforded basic safety gear – face masks, gloves – and given extensive training for the work of sorting copper from aluminum from zinc etc. In the foreground of the above image, the table to the left is a training table where workers spend several weeks learning the trade (and being tested) before they are placed on one of the actual working tables. The result is better recycling – cleaner metal that can be used in all kinds of products (much of what is sorted in this factory is recycled into the automotive industry). Though not all Chinese metal sorting facilities are not as nice as this one – it’s one of the best – they are, generally, superior to the conditions at Indian facilities, and thus so is the metal that they produce.