During the run-up to the November 12 release of my first book, Junkyard Planet: Travels in the Billion Dollar Trash Trade, I’m posting photos taken during my decade of reporting on the global waste, recycling, refurbishment, and repair trade. Today’s Scene shows Chinese workers emptying the sacks of plastic bottles that we saw in Monday’s Scene. Click to enlarge. 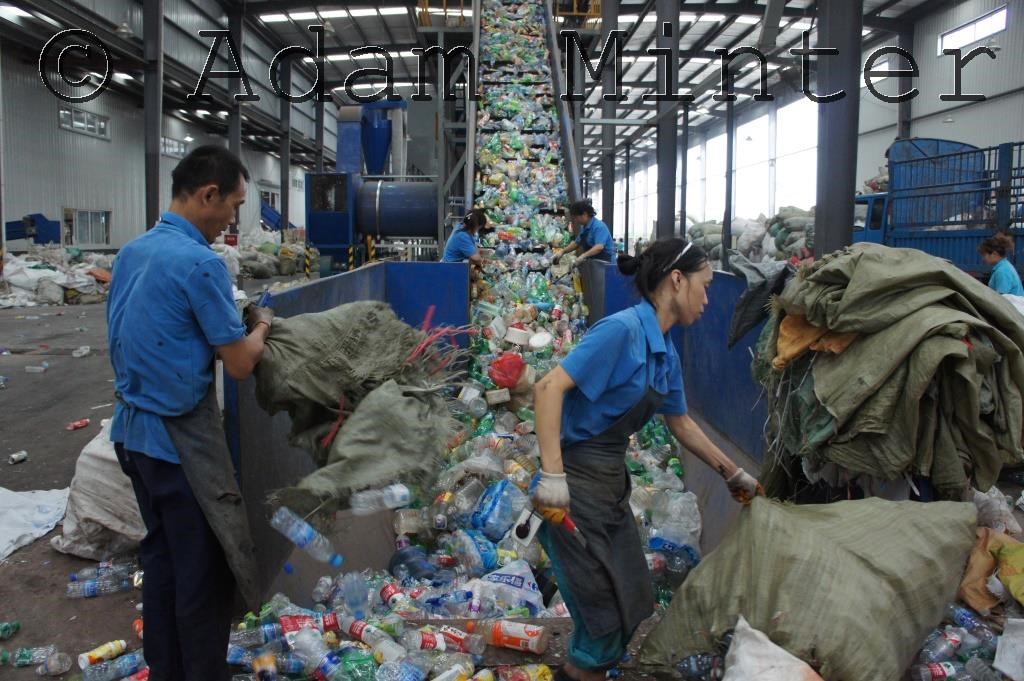 This image, taken at the largest plastic bottle recycling facility between Chongqing (arguably the largest city on the planet), and Chengdu (a seriously massive city in its own right), shows workers doing what workers in plastic bottle recycling factories around the world: open bags of bottles and set them running up conveyors, where they’re picked over for trash, and then compacted into large plastic bottle bricks weighing hundred of pounds. From there, the bottles are shredded and sent to be made into new bottles. There’s nothing pretty or mysterious about it – the equipment at this factory is state-of-the-art European-built. But it is effective, profitable, and green while serving as the key link between your recycling bin and a new bottle.