In late April, Xinhua ran a brief item on new drug and psychological testing requirements for People’s Liberation Army officer candidates. At the time, I was most surprised by the open acknowledgment that drug use is a growing problem among young Chinese. That, and the obvious use of a modified MMPI (“700 to 800 questions in a one hour written exam”) in the PLA. What I would pay to see a copy of that!

Anyway, this morning SCMP ran a sort-of follow-up story that pointed out an entirely different aspect of the Xinhua release that I’d overlooked:

Mainland military colleges have relaxed bans on tattoos and height requirements for recruits from ethnic minorities, a move one military analyst has described as an extension of preferential policies for minority groups. 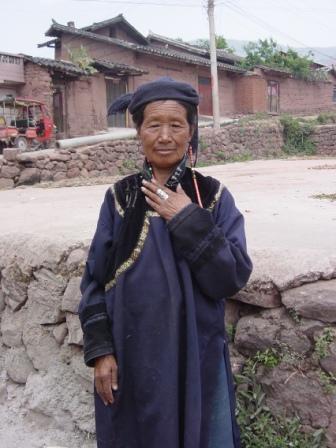 Though little remarked outside of China, China’s ethnic minorities often face significant discrimination, particularly in the country’s largest municipalities. This continues despite the fact that Beijing has long favored preferential policies for these groups (presumably, to placate them in hope of preventing ethnically-based insurrections), including exemptions from the “one-child” policy, the grant of autonomous governing units, and greater degrees of religious freedom. Still, it is no small development when China’s most Chinese, most Communist, and most conservative institution – the People’s Liberation Army – decides to start exercising preferential policies on behalf of ethnic minority groups. As an American, I am reminded of the US military’s de-segregation and integration of black American during and following World War II, and the important role it played in spurring the Civil Rights movement. China doesn’t need – and won’t have – a race-based civil rights movement along the lines of what happened in the United States. That said, I think it’s a socially significant moment when the Chinese military announces that it will allow – on paper, at least – a certain degree of diversity in its officer ranks.

One final note on this. SCMP also reports that online discussions (on sina.com) of this issue trend strongly against the preferential policies, with many posters arguing that “the policies amounted to discrimation against Han people.” For Americans, this argument should sound familiar: it is the same one employed by white Americans to oppose affirmative action policies.