Over the last five years I’ve published several articles that addressed China’s long-standing trade in imported first-world electronic scrap and other high-tech trash. It’s a fascinating topic, with multiple facets, none more interesting (to me, at least) than the willingness of American, Japanese, and European scrap processors to send hazardous materials to China in violation of international law, national laws, and their own better angels (at this point, after so much media coverage, no exporter can claim ignorance about the illicit nature of the trade, nor its often unsavory consequences). 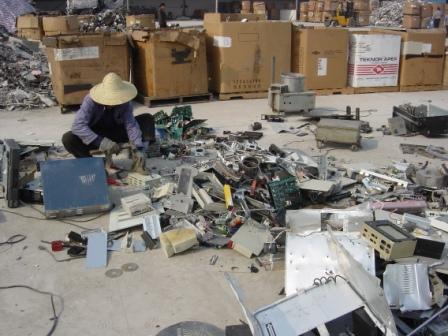 Yet before today, I had never sold any e-scrap myself! So, this morning when I realized that I not only possessed several genuine pieces of e-scrap, but that I had a potential Chinese buyer for them, I could barely contain myself. 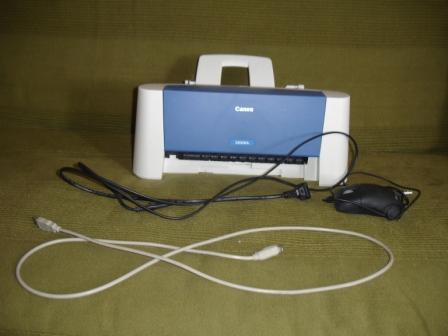 It is 100% illegal to import the broken printer and mouse into China. They are indisputably e-scrap – often known as high-tech trash – and the Chinese government has long recognized that the methods currently employed in China to recycle these materials are hazardous and polluting. Thus, they were banned for import several years ago – a fact capped by the fact that China is also signatory to international agreements prohibiting the import or export of such materials. The two cables are quasi-legal to import into China. I say quasi-legal because the two devices have a copper content that probably falls below 50% (any scrap dealers out there with an opinion on the cu?), and by Chinese law, the content has to be well over 90%. But that law has been mostly ignored for years – and old cables are now one of the most sought after, and imported, scrap items in China.

Yes, dear reader, there is. Below my apartment building, just outside of the gate, a middle-aged couple recently set up a thriving scrap business that – so far as I can tell – is mostly devoted to trading in materials generated on my block. Last week I noticed the couple purchasing an old computer, and just a few days ago I saw them buying several old VCRs. So, I figured, they must be interested in buying my old e-scrap.

This afternoon I gathered everything in a box, and stuffed a bunch of old magazines into a plastic bag (that held my new printer accessories when I purchased them from Best Buy Shanghai), then set off down the elevator and dropped everything at the foot of the female partner in the couple that runs the aforementioned scrap business. Below, you’ll see her weighing my old magazines, which turned out to be worth RMB3 (US$.40) at today’s market price. 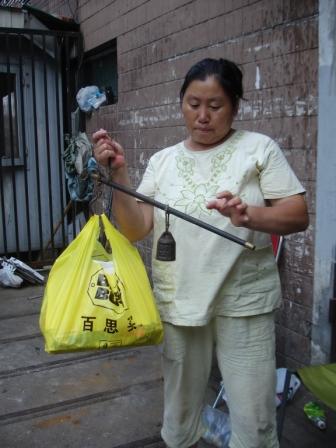 Then came the e-scrap. My strategy was to ask for a separate price for each component in my load – after all, the cables are still perfectly functional, and she could certainly get a fair price on the re-use market for them. Alas, she was no fool, and she quickly offered me RMB 5 (US$.66) for the entire batch of equipment – cables, broken printer, broken mouse. I fought. I argued. And I conceded.

Let’s face it: she knew full well that I was not bringing that stuff back into my apartment.

But I digress. In return for my RMB 5, I asked that she tell me where she planned to sell the printer. Her answer was quite specific – a Shanghai-area plastics recycler – and believable. As to what the plastics recycler will do with the electronic components within the printer, she couldn’t say. My guess is that they will be shipped to a site outside of Shanghai, where they’ll be thoroughly stripped for copper, re-usable chips, and precious metals. The processing “methods” will be hazardous – though not nearly as hazardous as the ones used even five years ago – and the lives of the people doing the work will be shortened. 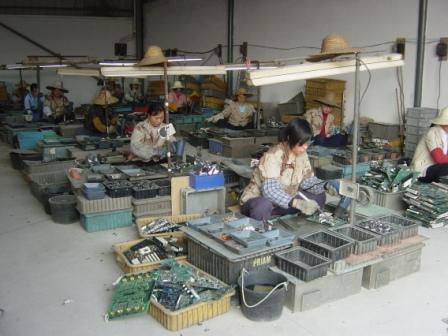 For those who wonder whether China has an environmentally sound method of recycling e-scrap (that is, could I have found a better recycler) – the answer is no. Such recyclers simply don’t exist in China. But the good news is that segments of the government and the private sector are working hard on this problem, and I suspect that a fairly good system will be in place within a decade. It is desperately needed: according to my sources, China currently has more than 1.5 billion televisions, refrigerators, washing machines, PCs, and air-conditioners currently in use (the five main categories of e-waste), with 120 million becoming “waste” each year (mobile phones are another category, though no reliable statistics currently exist on them).

How China deals with this flood of waste is a question of international importance, and one that I will be dealing with in print over the next year. Stay tuned.