China Daily is reporting that some 20 “senior officials” representing the nation’s largest Chinese fast food chains met over the weekend and agreed to raise their prices. The reason for the hike is the rising price of food-stuffs and, in particular, pork.

I could go on for pages about summits of Chinese fast food executives (who brought the refreshments?). But what I’d really like to do is point out that this meeting is a textbook example of price-fixing – that anti-competitive, anti-consumer practice criminalized in pretty much every advanced, developed economy in the world.

That an egregious example of price-fixing could be reported sympathetically in a state-owned newspaper should sound a cautionary note for any foreign entrepreneurs or multinationals ready to enter China believing that the rules of international trade are followed (t)here. Not that such examples have stopped anyone in the past – and I won’t belabor the point now. 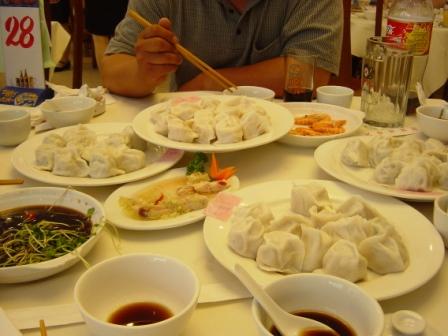 [On a personal note: am I the only reader of this story who imagined a table of highly overweight food barons snacking on greasy pork dumplings while negotiating their price-fixing agreement? I’m guessing not.]

[UPDATE: The always witty and interesting China Herald comments on this post by suggesting that it is “Time for some re-education of the officials who have to discover that price-fixing is not done in the open, but like in the West in secretive and illegal meetings that will be prosecuted when discovered by the government.”]