While I was out of China two very important events happened in my neighborhood. First, everyone’s favorite pirate DVD shop re-opened. And second, the Beijing 2008 banners were pulled off lampposts and replaced with World Expo 2010 banners. 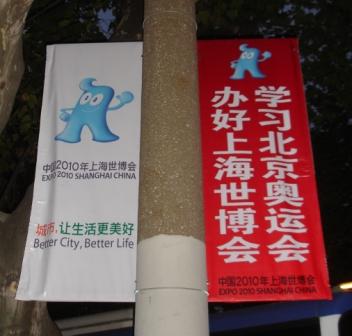 I leave commentary on Haibao, the mascot, to those who did it much earlier, and much better, than me.

Note to the Expo 2010 organizers: it’s not too late to change your mind (about Haibao).

[Addendum: Micah reminds us that the red banner encourages Shanghai to learn from the Beijing Olympics.]

Note to readers: this is the inaugural post in the new Expo 2010 category. And a couple of more banner photos after the jump. 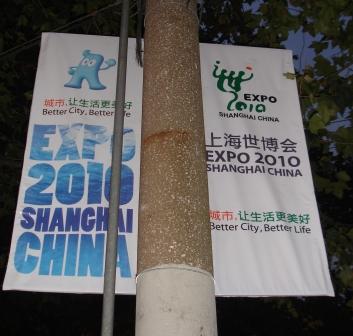 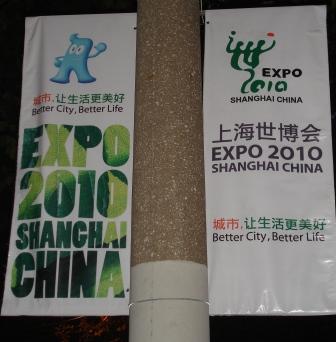