I promise that – in the run-up to Expo 2010 – I will not make a habit of Haibao posts [Haibao being the mascot for the 2010 World Expo]. But over the last five days or so, the roll-out of Expo 2010/Haibao-related material in Shanghai has been so rapid and massive, that I feel justified in writing one more post to supplement last week’s unexpectedly popular post on the same subject.

Now, I’m having a hard time keeping a straight face as I do this, but – for the record – it’s quite clear that Shanghai will be deploying Haibao in places, contexts, and circumstances wholly unfamiliar to the Blue Gumby’s Olympic predecessors, the much reviled Fuwa. For example, below, a photo taken of a newly erected construction fence outside of the Caoyang Road metro station this weekend. Hard to imagine the Fuwa being utilized in such a (presumably) inadvertant manner, much less dancing around giant digging machines: 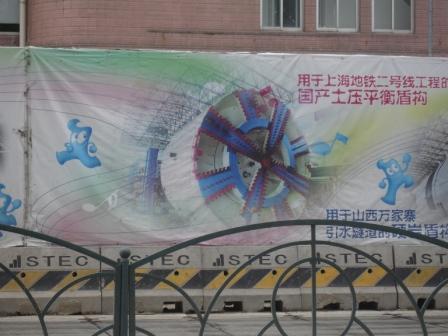 After the jump, more photos of Haibao dancing with the diggers: 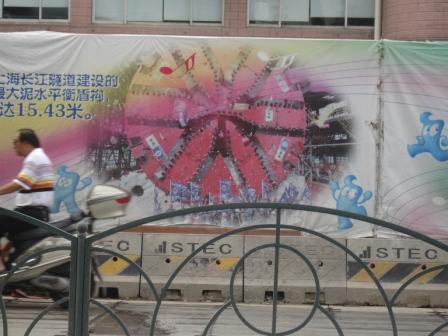 However, despite the obvious differences, Haibao shares at least one trait with his better-known mascot brethren: he, too, likes to party with T!betans in front of the Pot@la Palace. Below, a photo taken of a video playing throughout the Shanghai subway system: 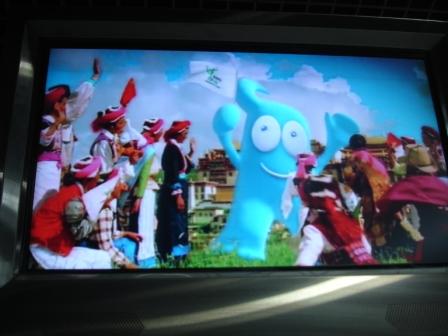