This morning, a brief moment of culture shock when I read that Fox News’s Roger Friedman was fired for downloading, and reviewing, a copy of the yet-to-be-released summer blockbuster,  Wolverine. If my American readers don’t feel similar shock at this relatively minor news, I suspect that – unlike me – they haven’t spent most of the decade in a country, and an expatriate media environment, where media piracy is socially acceptable. Just how acceptable? Well, for as long as I can remember, most of the English-language expatriate magazines in China have included reviews of the pirate DVDs widely available here. For example, the April 2-15 issue of City Weekend (a publication for which I’ve freelanced in the past) includes a sidebar column named “STREET DVDS – The best discs from the streets of Shanghai” with reviews of Revolutionary Road, Defiance, and Watchmen. City Weekend is no fly-by-night outfit, either: owned by Swiss publishing conglomerate Ringier, it claims qualified circulation of 95,000.

So let this particular incident, and the astonishment which I suspect it engenders in other expatriates (not to mention, China’s vast and enthusiastic pirated film base), serve as an interesting marker for Hollywood as it assesses China’s potential for media priced as if it’s being sold in Manhattan (I’ve written about this topic, elsewhere). And, in solidarity with Roger Friedman (who, from my reading, sounds like a real piece of work), I’ve just gone downstairs to buy a copy of Wolverine, and I’ll offer my review in coming days. Take that, Rupert Murdoch! 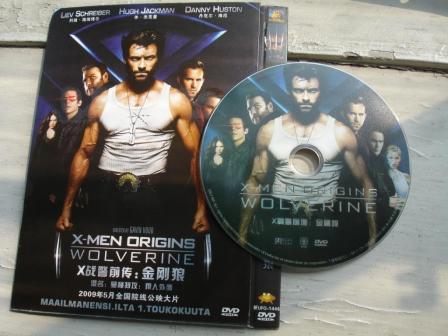 And if that wasn’t clear enough: for the record, I find nothing wrong with reviewing pirated DVDs.

[UPDATE 04/08 – Hugh Jackman says that he’s “heartbroken” by the piracy of the film. That may be the case. I don’t know. But I bet he’s not heartbroken by all of the publicity being generated by the piracy story. If not for Roger Friedman, who, other than (the very large community of) Wolverine aficionados, would be talking about the film at this point?]