At the Atlantic,  “The Pavilion Wars,” my reported dispatch on the various factors that will almost certainly lead to the US missing an April 15 deadline to confirm its participation – that is, its pavilion – at Expo 2010 in Shanghai (better known as the World’s Fair). More likely than not, the Shanghai Organizing Committee will extend the deadline, but there’s absolutely no reason to believe that the authorized US team will be able to meet it unless – as the team has intimated – the Organizing Committee fronts the money for construction. As I report in the dispatch, the Organizing Committee has already lent the US team an undisclosed amount of money; presumably, they wouldn’t be shy about doing it again. Sadly, had someone at the State Department shown leadership and imagination back in 2007, the US might very well be bragging about its Frank Gehry designed pavilion right now, instead of wondering whether it’ll have one at all. 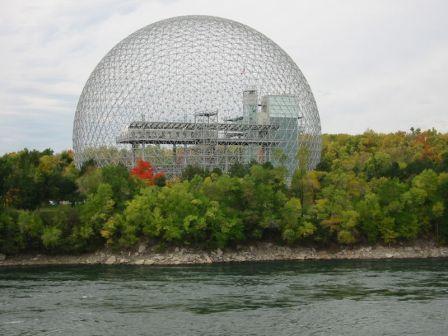 Above, an image from more thoughtful days: the Buckminster Fuller-designed US pavilion from Expo 67 in Montreal.