Tomorrow at 12:30 PM, the US-China Business Council [USCBC] and the US Information Technology Office [USITO] in Beijing will host a luncheon briefing featuring Tim Stratford, an assistant US Trade Representative, and Dr. Ira Kasoff, the Deputy Assistant Secretary of Commerce for Asia. According to the notice for the event posted at the American Chamber of Commerce, the two gentlemen “will provide an update on plans for the Joint Commission on Commerce and Trade (JCCT) in 2010 and a briefing on their meetings with Chinese officials during their visit.” It should be an interesting briefing: the JCCT is a twenty-seven-year-old dialogue between senior US and Chinese government officials that has played a key role in resolving trade disputes and, in the process, has directly benefited – and penalized – companies involved in that trade (a list of China’s JCCT commitments between 2004 and 2009 can be found here).

The presence of Dr. Kasoff at the event should be particularly informative. As a senior Commerce Dept deputy for Asia, and a member of the Market Access and Trade Compliance Staff at the International Trade Administration in Washington, D.C., Dr. Kasoff is a highly influential figure in US-China trade relations. And he has been so for years: prior to his current role, he served in six US Commercial Service assignments in Asia, including a stint as the Chief Commercial Officer in Shanghai. 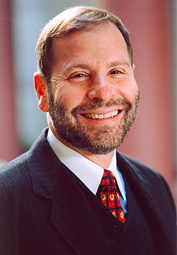 Thus, when Friday’s off-record lunch convenes at the Westin Chaoyang in Beijing, Dr. Kasoff’s stature ensures that he will look out at an audience that includes  representatives of leading American and Chinese businesses with a keen interest in how his actions – and, by extension, the work of the ITA and the JCCT – will impact their operation in coming weeks, months, and years. No doubt, many of those faces will be familiar to Dr. Kasoff from his years of work on US-China trade issues and, no doubt, many of them will be familiar to Dr. Kasoff’s wife, Ellen Eliasoph, a co-chair of the troubled US pavilion at Expo 2010 in Shanghai. [She is also a partner in the Beijing office of Covington &Burling, the law firm which Stratford announced he was joining three weeks after his joint appearance with Kasoff.]

The reason is pretty straight-forward: Ms. Eliasoph, in her official State Department-designated capacity, has naturally solicited many if not most of the leading US companies operating in China for donations to the privately-financed US pavilion project (donations that are often measured in the millions of dollars). She has also solicited and raised money from Chinese companies. In both cases, her actions, and relationship to Dr. Kasoff have gone mostly unquestioned.

Those questions need to be asked.

In late 2008, as part of the lead-up to Hillary Clinton’s appointment as Secretary of State, concerns were raised in many quarters about the potential conflicts of interest created by her husband’s fund-raising for his private foundation, and Secretary Clinton’s official duties. Senator Richard Lugar framed the issue concisely: “The foundation exists as a temptation to any foreign entity or government that believes it can curry favor through a donation.” As a solution, the Clintons agreed to an annual disclosure of the foundation’s donors, and to subject future donors to a review by a government ethics officer. This is a reasonable if rather weak solution to the problem (thoughtful voices have suggested much stronger measures were in order), and one would think that Kasoff and Eliasoph – senior government official and non-profit fundraiser – would be subject and agreeable to the same kind of arrangement. After all, the US pavilion has been struggling mightily for funding for more than a year, and the failure to raise it has become an official embarassment – both to the State Department and Ms. Eliasoph personally. With that in mind, and using Senator Lugar’s language, the US pavilion could exist as a temptation to any foreign entity, government, or US corporation that believes it can curry favor [with Dr. Kasoff] through a donation.

There is an irony here: the State Department and USA Pavilion, Inc., the non-profit authorized to run the US pavilion fund-raising, design, and construction effort, have so far refused to release their “Action Plan” governing the US pavilion, and which – presumably – includes ethics and conflict of interest rules for those involved in the project. As a result, a private citizen has actually gone through the trouble of filing a Freedom of Information Act [FOIA] request for those materials – a request that the State Department still hasn’t fulfilled. Why the secrecy? It’s anybody’s guess. But it’s likely the case that the undisclosed Action Plan includes provisions that the State Department and USA Pavilion, Inc find unflattering, if not embarrassing. For example, last year, in the course of reporting a story on the US pavilion, I obtained confirmation that the State Department had changed the pavilion’s strict fund-raising rules so as to allow donations from foreign entities, including foreign corporations. No date was given for the change; but previously, for reasons undisclosed, State Department officials had good reasons for not allowing such donations.

Last year, when I attempted to contact Mr. Kasoff in regard to his relationship to the USA Pavilion, a spokesperson for the ITA wrote to tell me that Dr. Kasoff “has recused himself from this issue.” Other reporters and individuals who have attempted to broach this subject with Dr. Kasoff, USA Pavilion, Inc, and State Department employees, have been told that a) the Commerce Department has no role in the US pavilion project, or b) Dr. Kasoff is above reproach. Both of these answers may be true, but they don’t answer the questions: namely, what are the fund-raising rules for the USA pavilion, and what role – if any – has Dr. Kasoff had in the USA pavilion effort, including his role – if any – in obtaining State Department authorization for his wife’s organization. And, even more seriously, neither answer prevents a US or Chinese corporation from thinking that maybe – just maybe – a donation to the US pavilion might help them with whatever trade compliance or market access issues they’ve been having.

I’d like to ask Dr. Kasoff these questions in person, and if I didn’t have a prior, unbreakable engagement, I’d happily fly to Beijing on Friday morning to attend his luncheon briefing in hope of doing so. Alas, I will be in Shanghai, and so it’s my hope that somebody else will ask the questions for me. Luncheon registration information is available here. The event is officially off-record, but I’m sure that – in hope of clearing up any confusion – Dr. Kasoff will be happy to wave that rule to clear up this matter.