Over the weekend we learn that two Chinese films were pulled from the Palm Springs International Film Festival after Festival organizers refused to pull a sympathetic documentary about the Dalai Lama from the program (local Palm Springs coverage, here; New York Times coverage, here). This is an odd occurrence for a number of reasons, not least of which is the fact that the Palm Springs International Film Festival is a bit of an after-thought in the film festival world, an event originally organized by then-Mayor Sonny Bono to resuscitate the city’s flagging fortunes as a high-end tourist destination. 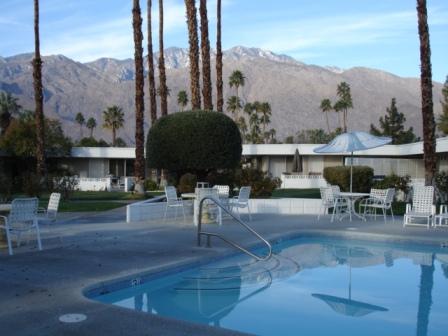 And that brings to mind the question that many are asking: why on Earth would representatives of the Chinese government bother to travel to Palm Springs to make a fuss over a Tibetan film to be screened in a relatively minor festival in a sleepy town best known for gay resorts, senior citizen developments, early bird specials, and ancient Rat Pack history [update 1/13: and golf]? Is it part of a broader effort to censor content abroad? Or, as I suspect, a somewhat localized incident?

As it happens, I’ve been an annual visitor to Palm Springs, and its Film Festival, for more than a decade (go figure: the one year I can get a story out of being there, I’m in Shanghai). And so, as the lone China blogger with that distinction (pretty sure of that), let me offer what I believe to be the actual context for why this went down.

As far back as 2002, the Coachella Valley (of which Palm Springs is a part) has made efforts small and large to attract Chinese tourists to the region. And why not? One in six jobs in the Valley are tourist-oriented, and tourism accounts for US$1 billion in annual business. But things really kicked into gear in March 2009 when Coachella Valley tourism officials announced that the region would host roughly 100 Chinese media, tour operators, and government officials for a several day May junket featuring the region’s luxury resorts, golf courses, and cultural attractions. Among those attractions, is the annual film festival in January. Due to the swine flu scare, the May junket was canceled. But it was just as well: May is very late in the Valley’s tourist season, and the heat – and paucity of tourists – wouldn’t have made a very good impression, anyway.

Cut to November, when a fifty-two person delegation visited the Valley. Here’s how Monica Torline of the local Desert Sun described the event:

A delegation of 52 Chinese tour operators and media spent three-plus days in the valley, checking out the shopping scene, lush green golf courses and the natural sand-swept beauty of the area.

“Palm Springs was off the radar,” said Jason Pacheco of the California Travel & Tourism Commission, which organized the familiarization tour.

Well, it’s on their radar now.

[and yes, that last line is from Torline’s story.]

According to Torline’s story, reporters from state media, including CCTV and People’s Daily were members of the delegation. Have they kept up on Palm Springs since their junket? I have no idea. Have members of the Chinese consular staff in Los Angeles kept up on Palm Springs since the junket? Obviously, though whether that interest is new, or was sparked by the junket, is something that only they can answer. But my point here is that Palm Springs, and the Coachella Valley in general, made a concerted effort over the last year, in particular, to attract Chinese tourists, government (especially government concerned with tourism), and media to the region, and so it really shouldn’t come as any surprise that those same entities would – at some point – decide to flip through the catalog of the local film festival – the namesake film festival of a city that has actively been wooing them. Now, how they react to the Festival’s program, that’s another matter altogether (and I’m not thrilled at the reaction, believe me), but I think it’s naive to think that they wouldn’t react in some way considering their recent history in the region.

What are the repercussions? Darryl McDonald, the Film Festival’s director, told the Desert Sun that, in the future, the Festival may be blacklisted for Chinese films. I think, though, the more interesting repercussion – if there is any – will be the harm done to the region’s efforts to woo Chinese tourists. To be sure, this incident is largely unknown in China, but it is certainly going to be known among Chinese tour operators, and their patrons who – I suspect – might just choose to avoid Palm Springs altogether in the future, as a result. And that would be a pity because, take it from me, January is a marvelous time to visit the desert. Hopefully, the Desert Sun will get around to covering this side of the story, soon.

[Addendum: Whatever else you might think of the New York Times story on this matter, can we agree that the headline – “China and Tibet Skirmish at a Film Festival” – is inaccurate and over-hyped? Inaccurate because, the dispute in question is not between Chinese and Tibetans, but rather between Chinese officials and a Film Festival. Over-hyped because, generally speaking, “skirmish” is a noun applied to battle – and there’s no battle here (verbal or otherwise), just a request made and denied.]