Last year, on the occasion of Shanghai Scrap’s second anniversary, I swore that I wouldn’t do a post marking Shanghai Scrap’s third anniversary. However, recent events – namely, Expo 2010 (World’s Fair) – have convinced me that an anniversary post is definitely in order. Long-time readers may recall that I used last year’s anniversary post to list the top 5 most popular posts from the last twelve months. However, due to the fact that the most popular posts from the most recent 12 months were all Expo-related, I’m going to take this (self-imposed) opportunity to list the five most popular non-Expo related posts from the last months. The purpose of this exercise – and it’s quite sincere – is to remind myself and regular readers that Expo is not forever, and I fully intend to resume blogging about other subjects, and soon (a few more Expo posts in the works, though). Until then, allow me to exhibit to you just what happens in the Russian restaurant beside the Russian Expo pavilion after the Expo closes at midnight. 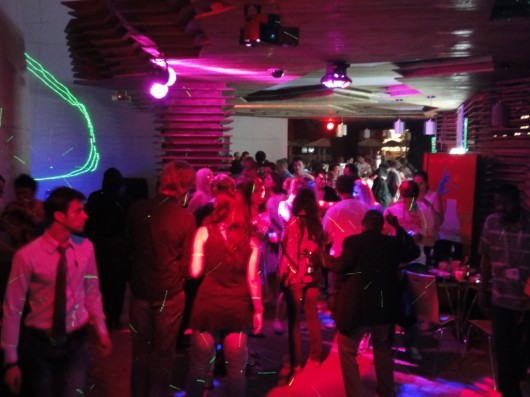 There’s a whole lot more of this Expo after-hours business available for those looking for it. And, if I were a certain local city blog, I’d try to find somebody who could get in and write about the phenomenon. Here at Shanghai Scrap, we’re interested in more staid Expo-related subjects.

A couple of quick observations. First, despite the fact that I consider this blog – primarily – a reported blog, the most popular posts – with a few exceptions (most of my Expo posts) – remain opinion pieces. Second, the foreign audience for serious China blogging (say, my 2008 posts about the iron ore trade) remains a niche; that is to say, if you’re an English-language China blogger in need of traffic, you’d best connect your China material with something that isn’t China-related (ie, the Expo, Obama, sex). Bluntly put, around here at least, the serious China blogging does less than 10% of the traffic that a one-off post about a disgusting new snack available at Shanghai-area Starbucks outlets does. And, to be honest, I’m probably with my readers on that one.