Below, a photo of the ticket lines, near gate 6, at Expo 2010 just after 4:00 yesterday. This was but one line; there were roughly twenty of equivalent length stretched down the ticket counters. Only one week earlier, at roughly the same time, there were no lines, and only two ticket windows open for business. 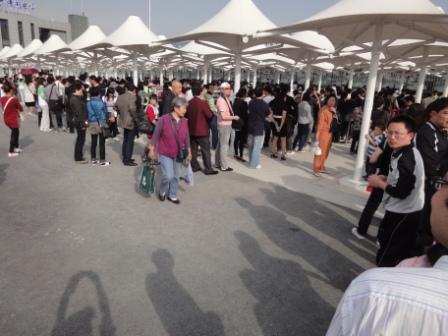 It’s only been a week, in fact, since commentators (including yours truly) began to openly doubt whether Expo would come close to meeting its projected 70 million visitor goal (an interesting piece on that subject, here). At this point, it looks as if 70 million isn’t in the cards – the Expo would need to average in excess of 380,000/people day for that (and it’s currently averaging just under 200,000). That noted, the official Expo attendance figures – updated hourly! – show a definite recovery, and upward trend, from last week’s crater: 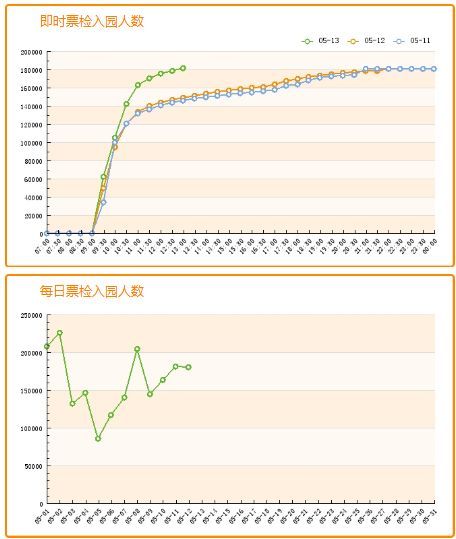 What accounts for the strong walk-up business after a week of people prognosticating Expo attendance doom? Well, one factor might be that the Expo organizers started selling RMB 90 evening-only tickets at 16:00 – rather than the previously announced 17:00. I haven’t seen anything in the papers – or on the official Expo website – about that change, but clearly the people waiting in line (most of whom were locals) were well aware of it. The gorgeous summer night didn’t hurt, either.

Speaking of which – if the Expo Bureau really wanted to improve attendance, it should start by improving its website. And, if I may be so bold, it could start that project by building a daily calendar of events and speakers at the site. For example, it might be a good idea to mention – somewhere on the Expo 2010 home page, or on the Important Events page – that Herbie Hancock is playing at the Entertainment Hall tonight and tomorrow (for free, no less). Lest the Expo organizers feel bad about this oversight, allow me to point out that the USA Pavilion (sponsor of the show, alongside the State Department) doesn’t mention the show, its location, or start times, anywhere on its home page, either. The calendar of events sidebar  mentions it – but fails to include information on a start time or venue (again, Entertainment Hall – but it’d sure be nice to know when Hancock is hitting the stage). Get with the program, folks!

[UPDATE: Somebody at the pavilion has, in fact, gotten with the program and posted the show time and venue for the second show, here. No surprise, last night’s show – last night’s free show (free with an admission to the Expo ground – as little as RMB 90/US$14) to see a landmark in American jazz – was sparsely attended. That shouldn’t be taken as an expression of lack of interest, though: in advance of the show I received FIVE emails and one phone call from people trying to figure out the show time, venue, and ticket price – and I’m a well-known critic of the pavilion. Below, a photo take a few minutes before the show. 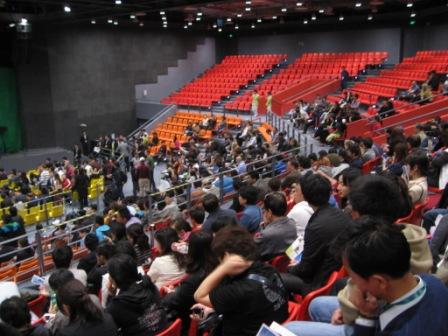 [UPDATE II: Leslie Jones of Urbanatomy has dubbed the non-promotion of the Hancock shows, Herbie-Gate. The Jones investigation, here.]