Ten days ago I had the distinct privilege of attending the first bat mitzvah ever held at the 83-year-old Ohel Moshe Synagogue (now, the Shanghai Jewish Refugees Museum) in Shanghai’s Honkou District. And today, on the occasion of the Jewish High Holidays, the Atlantic is publishing my dispatch from the event, Being Jewish in Shanghai. And take note: the dispatch includes some terrific photos by my friend and colleague, Sue Anne Tay, author of the outstanding Shanghai Street Stories blog (and the really good @sueannetay twitter feed). Shanghai Scrap readers will be hearing more from Sue Anne in the near future … so, for now, her portrait of new bat mitzvah Sophie Rosen. 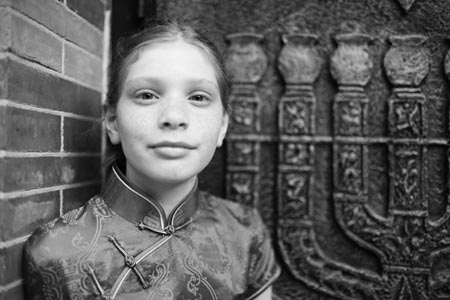 It’s been a while since I’ve written about religion in China (long-time readers know that it’s a deep interest), and I’m very glad to be returning to it, albeit modestly. In fact, I’ve never written about Chinese Judaism before, though it’s a subject to which I’ll be returning at some length in the future. In 2006, I did write about the city’s World War II refugee community for the now-defunct Los Angeles Times Sunday Magazine (article available here). And on Shanghai Scrap I’ve written about the ongoing demolition of historic Hongkou.