I’ve been busy with a number of projects over the last two weeks, but perhaps none hits closer to home – quite literally – than my coverage of Minnesota Governor Tim Pawlenty’s current (for 36 more hours) trade mission to China (continuing onto Japan). I usually don’t post links to my Minnesota-oriented China coverage, but in this case I will, for two reasons. First, because Governor Pawlenty is now a national figure in the Republican Party and, as a result, what he thinks about China is important. And second, because Minnesota has long been a US leader in building bridges to China (the University of Minnesota has been engaging in students exchanges with China since 1914!), and how it relates to China is worth considering, and perhaps emulating. 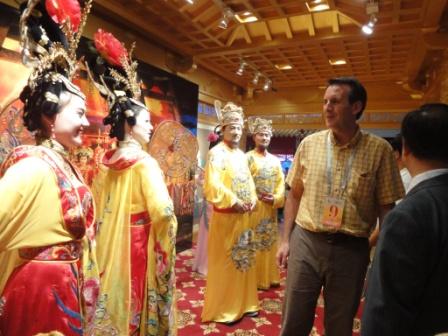 My first dispatch, from Friday, presents the case that – in an age of slow to no growth US states – Minnesota businesses need to grow via exports, especially to Asia. That dispatch is here. The second dispatch includes excerpts from a lengthy exclusive interview that I conducted with Governor Pawlenty on the topic of China and US competitiveness on Sunday. Whether you agree with him or not, he’s speaking about China in a way that few national-level politicians have yet attempted, and I think that fact – in itself – is interesting. You can decide whether your agree or not, by reading here.

Finally, I’d be remiss if I didn’t point out that my Pawlenty trade mission pieces have been publishedy b MinnPost, the online newspaper of the Twin Cities. It’s a relatively new outfit, but in its few years of existence it has not only proven itself a worthy counterpart and rival to its fossilized print predecessors, but also a brave and respectful voice that respects the intelligence of its readers. Put differently: no other Minnesota media outlet – print or otherwise – bothered to cover Pawlenty’s trade mission in any form. MinnPost, to its everlasting credit, not only covered it, but allowed me to do so in two lengthy pieces that – I hope – give readers a deeper understanding of the issues than the 600-word bite sized summaries so typical in contemporary newspapers. Viva MinnPost!