Considering that Expo 2010 [Shanghai World’s Fair] included exhibitions by some two-hundred countries, it’s remarkable that the six-month event was all but devoid of politics and negative depictions of other countries and cultures in the national pavilions (excepting a pretty heated film in the Palestinian pavilion). I’m not sure who or what place everybody on their best behavior, but whatever (or whoever) it was, that entity clearly had a sense of humor when it came to policing the oft-overlooked, and mostly awesome Urbanian Pavilion. In brief: the massive Urbanian pavilion, which I only visited for the first time recently, follows the lives of six families in six countries. As visitors enter the monstrous space, they are introduced to these six families via life-sized wax figures. Below, the American family, the Reids of Phoenix, Arizona: 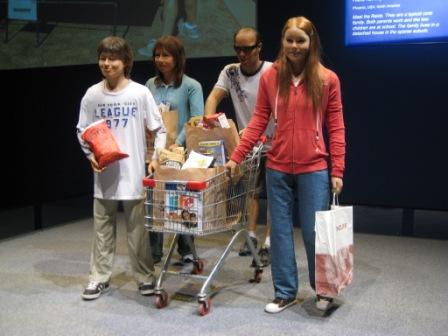 Now compare, for a  moment, the Reids – their shopping cart filled with boxed breakfast cereal and potato chips only, with the representative Chinese family – I think they are the Zhangs (I wasn’t taking notes) of Zhengzhou. Rather than pushing a shopping cart filled with junk food, they are depicted holding a clean-cut birthday party for their aged grandfather. I’ve lived here long enough to know that this is no more typical than a Phoenix, Arizona shopping cart outing, but whatever: 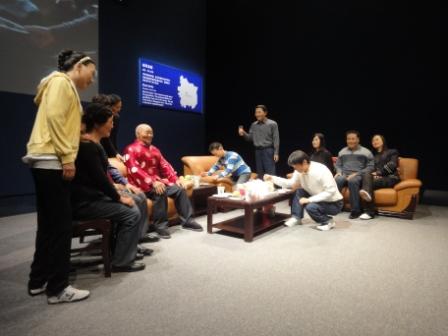 Now, as an American, I take only minor umbrage at this comparison (I know my countrymen, after all). And I would take no umbrage but for the fact that the Urbanian pavilion was designed by a Dutch firm, Kossman.dejong, and not a Chinese one. In other words, what we have here is 1) a starry-eyed comparison of two cultures, neither of which are native to the designers, and 2) a Dutch commentary on how to kiss your client’s ass (Shanghai Expo aka Shanghai gov’t, which, surely has more work to commi$$ion from these liberal-minded Dutch designers). With that in mind, let’s take a closer look at this Dutch provocation against US interests.

First, a typical American shopping cart (at least, typical in the eyes of Dutch designers): 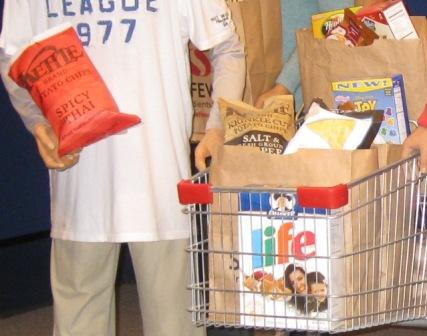 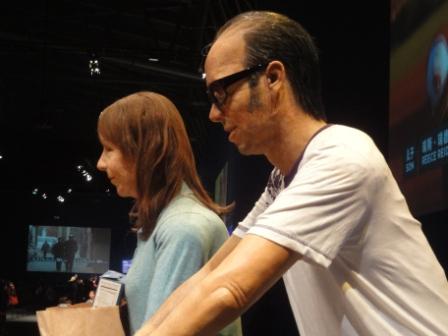 Would you leave your child with this man? Perhaps, but only if you haven’t had the pleasure of meeting the Zhangs of Zhengzhou. Then again, you probably wouldn’t leave your child with the typical Dutch family, either: as depicted in the Urbanian pavilion (self-parody alert), he’s a single male in his mid-thirties who works in the “creative industry.” No child, but he does own a wax laptop that looks suspiciously like an Apple product. I forgot to take a photo. Fin.