Over the years there have been some very fine books written about the experience of moving to China as a young foreigner, and the struggles encountered in trying to learn the language and culture. But I’ve long thought that an equally interesting experience – moving to China as an adult, post-30 foreigner, and struggling with the language and culture with some life experience under the proverbial belt – has been overlooked. And that’s a missed opportunity, I think: every year, it seems, there are more and more adults having that experience. It can be a humbling experience, as well an exhilarating one, and that’s why I’m so enthusiastic about Deborah Fallows‘ Dreaming in Chinese: Mandarin Lessons in Life, Love, and Language, recently published in its American edition.

This modest, lovely book documents Fallows’ adventures in learning Chinese (culture and language) while she and her husband, Jim, lived in Shanghai and Beijing for three years (disclosure: we became friends during that period). What I like about the book, really like about it, is the unusual narrative structure: each chapter is named for a Chinese word or phrase that serves as a touch-point for Fallows to recount episodes during her stay in China, and connect them to her study of Chinese. As she writes in the introduction:

Foreigners I met and knew in China used their different passions to help them interpret China: artists used China’s art world, as others used Chinese cooking, or traditional medicine, or business, or music, or any number of things they knew about. I used the language, or more precisely, the study of the language.

After finishing the American edition, I sent along a few questions to the author, which she graciously answers, below (fyi: my friends at danwei did a Q&A with her on the occasion of the UK edition, here). 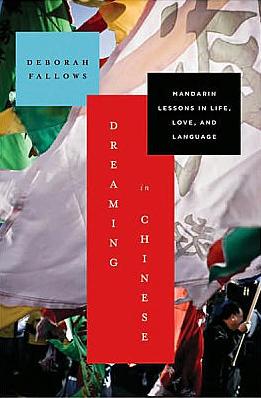 Scrap: Upon finishing the book, I reacted in a way that was different than how I usually react to China books. I thought “Now here’s a book I can give to my Chinese friends who think that foreigners don’t understand China.” I’m guessing that wasn’t the target audience. So: the acknowledgments indicate that you received some encouragement to write this book, and move it from “book idea” to book. I wonder if you could give some sense of what the “book idea” was, and how you arrived at the unusual structure of the book as it now exists. Was there an audience in mind?

Fallows: The “book idea” came from a moment of serendipity, about a year into our 3-year stay in China. I was talking with a friend, who also happens to be a book publisher (Rebecca Nicolson, of Short Books in London, who in fact did become the original publisher of Dreaming in Chinese in the UK) about the amazing experience we were having in China and about my all-consuming struggles with learning Mandarin. Thinking like a publisher, she said she thought there could be a book in this.

We both liked the idea of looking at China through the language. Taking that “idea” and turning it into a book was, of course, where the work came in. Aurea Carpenter, also of Short Books, worked with me on the first few chapters, with the idea of starting with some bit of the language – a word or phrase or a grammar point – that caught my attention. And then both try to explain it linguistically and use it to help interpret something I saw or experienced in my everyday China life that was perhaps puzzling, or confusing, or funny, troubling, or in some way remarkable. Rather surprisingly, after we tussled about with a few early chapters, the rhythm came quickly. It just seemed to work.

Honestly, I didn’t think about an audience for this book. I thought about the book in a more selfish way, I guess. I was trying to make sense of and explain to myself “my China experience.” Writing about language and my daily life and how they connected became my way of sorting out and understanding my life in China. So, I guess you could say I was my own audience, at least at the beginning. 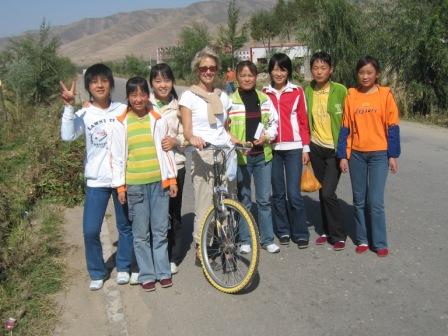 Scrap: From a writer’s standpoint, this book is really unusual and challenging: in effect, you tasked yourself with writing accurately about a language that you, the author, concedes you struggle with (something you’ve done very well). Any thoughts on doing that? Were you apprehensive about it?

Fallows: Actually, for me, this was the easy part. I was wading into territory familiar to me from my academic and professional background (I have a PhD in linguistics and have always been interested in and studied languages.) Linguists can learn about a language, but it doesn’t necessarily make them proficient speakers of that language. These are two very different things.

Even though I was struggling with understanding and speaking the language, I was at home and comfortable when I was thinking and writing about the language. Certain questions came naturally to me: how does the grammar work? What is the sound system? Why does Mandarin “all sound the same” at the beginning? Why are there tones? How are the words formed? Why are there so many homonyms? What is unusual about this language? Why do Mandarin speakers often sound angry or abrupt? And these are all questions that I knew how to tackle.

Scrap: As I read the last couple of chapters of the book, a passage from Jim’s blog came to mind, from around the time of Obama’s inauguration. “If my wife, who after the years in Shanghai and Beijing has 101% gone native in line-management behavior, had been there, should could have steered all of us right up onto the swearing-in stand.” I’m not in the practice of remembering blog passages, but this one stuck with me – and made me laugh – because is that it gets at something about being a foreigner in China: namely, it rubs off on us. And so I wonder two things: a) do you agree with Jim’s assessment of your in-line management behavior, and b) more importantly, in retrospect what influence has Chinese language and culture (one and the same) had upon your life since returning to the US? Did it change you?

Fallows: Unfortunately, the answer to part a) is pretty accurate! I say unfortunately because I’m not particularly proud of being able to be pushy, although it does come in handy sometimes..

As for part b) this is something I think about often. Certainly China, its language and its culture have rubbed off and changed me forever. But the surprising part is how difficult it is for me to blend my China life with my American life. If you go to Europe, it’s easy to bring a little bit of it back with you to America, like recreating the café-au-lait-and-croissant experience from the little Paris bistros in your own kitchen. But with China, I find that I’m either here in America or there with China, and I can’t bring back much of one to the other. They don’t blend. So, the residual effect is a split personality of standards of behavior, nature of friendships, habits, pleasantries of life, manners, patience, expectations, etc. That said, it is very easy to conjure up the China experience and transport myself – in my mind—back there.

Scrap: The earthquake chapter is my favorite, in part because I identify with it. In effect, after two years of living and studying, you find yourself finally coming on the tender side of Chinese culture. Up to that point, the book paints a decidedly steely version of China and its language that I think is common among many expats. So what I’m curious to know, and this is a touchy one, is whether a greater knowledge of the language and culture warmed you to living in China? Was it the case that knowledge built affection for you?

Fallows: Actually, I think I’ve always felt affectionate toward the Chinese people, at least as individuals. Seeing the tender side, in a collective, national sense, perhaps taught me something a little bit different: I realized that I knew less about the Chinese than I thought I did. Before the earthquake, I would have quite confidently described the Chinese as tough, strong, nearly superhuman survivors. Afterwards, it was much harder for me to have confidence about how I would describe them. It was probably a good warning sign to be cautious about what I think I know.

Scrap: You joined a small but growing group of adults who move to China past the age of easy language acquisition, and begin studying. Everybody learns differently, but based upon the book, and your description of countless tutors and language schools, I wonder if you have any practical do’s and don’ts. You touch on a few of them in passing (I loved your classics scholar tutor – I’ve had that kind of tutor), I wonder if you couldn’t wrap them into a couple of points?

Fallows: If you don’t have the opportunity to study the language the way school students do – in a regular, structured, cumulative way, ideally with some real-life immersion as well—then you have to get creative.

Figure out how you like to learn. Classes? On your own? With tutors? Watching TV? With conversation partners? All these are right answers, and you can mix them up if you get tired of one, or it no longer fits well with a current phase of your life.

For me, I liked the structure of going to classes because I knew I would learn if I had to show up and do what I was told. But if we started traveling a lot or I felt I was losing my enthusiasm, I would switch modes for a while. I would find a tutor, or find a few TV programs I would watch religiously. It may not be perfect, but I kept going, which of course is the goal.

Lean to your strengths. I liked listening and speaking, while Jim liked learning the characters. (Together we were a great team, a danwei! Separate, not so good!) Chinese can be overwhelming because there is so much to learn, even about a single word! I also loved spending time with my dictionaries and grammars. For me, they helped me get a sense of how the language worked, which just made a lot of sense to me for how I think about the language and how I try to use it.

Finally, I actually believe in a few clichés:

Try to be proud of rather than discouraged about your progress; Chinese is hard for everyone.

Do whatever you can; anything is better than nothing.

Do what is enjoyable, because you’ll do more of it.