[UPDATE 12/3: Somehow I missed my friend Rob Schmitz’s excellent October 14 piece for NPR’s Marketplace regarding Gap’s entry into the China market. It touches on the question of localization, and whether or not Gap has made sufficient efforts to do so in China. It also touches on what happens when companies don’t localize in China. Highly recommended.]

American retailer Gap opened its first China-based store in Shanghai a few weeks ago. I didn’t go. Maybe I should have because I’m sure I would’ve immediately been struck by all of the bright red branding, yellow stars, and “1969” – a sorry year at the very heart of China’s decade-long tragedy, the Cultural Revolution – all over the store. Now, I’m quite aware that “1969” is a signature brand for Gap (which was founded in 1969), but I’m also aware that smart companies know when to alter their means of operation, product mix, and marketing when they enter a new county (see: McDonald’s and the lack of beef in India). And this strikes me as the work of a company that’s either a) clueless about China; or b) is sticking to its campaigns and brands (and damn the local sensitivities, they’ll learn to like them). Historically speaking, neither approach has been terribly successful. 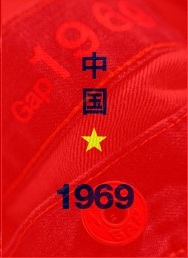 Anyway, I’d given absolutely no thought to this matter until this morning, when Sky Canaves, a Hong Kong-based self-described truant journalist, runaway lawyer, and new academic (blog here, twitter here), tweeted news of the limited edition 1969 jean for China, released in honor of the retailer’s recent entry into the market. I had a meeting across the street from the shop later in the afternoon, so I figured I stop in and get a look afterward.When I did, I found red box after red box, emblazoned with yellow stars and 1969, awaiting me: 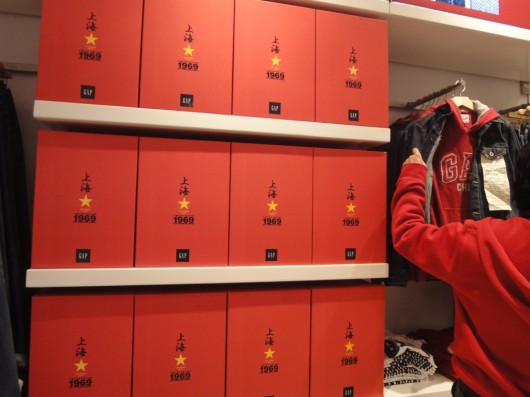 My immediate thought was: did anybody at Gap headquarters ever pause to wonder whether promoting their signature 1969 brand of denim in a manner that intimates there was something sexy about China in 1969 (forced labor, book burnings, and property seizures, families ruined, intellectuals tortured, etc etc etc) is tasteful? For me, it was all vaguely but uncomfortably reminiscent of NoKo jeans, those high-end North Korean denims sold by a couple of Swedish yahoos a year or so ago.

But I’m just an American, and I don’t know how to look at this stuff. So I called up a Chinese friend, a Beijing-born artist who had personal experience with the Cultural Revolution. And frankly, she didn’t find the branding anything to get worked up about: “They [Gap] probably didn’t know what they were doing.” But is it offensive? A PR fail? “Actually, I think it’s kind of funny. But they probably didn’t think about that, either. Stupid Americans think they can attract the Chinese with a yellow star and a red box and don’t even think about what the year means.” So, I guess its not like selling ‘1860’ coveralls in a confederate flag themed box, after all. In any case, I’ll be curious to read, though, what others think in the comment section.

Now, as for the special edition jeans themselves …

… this is what you need to know: 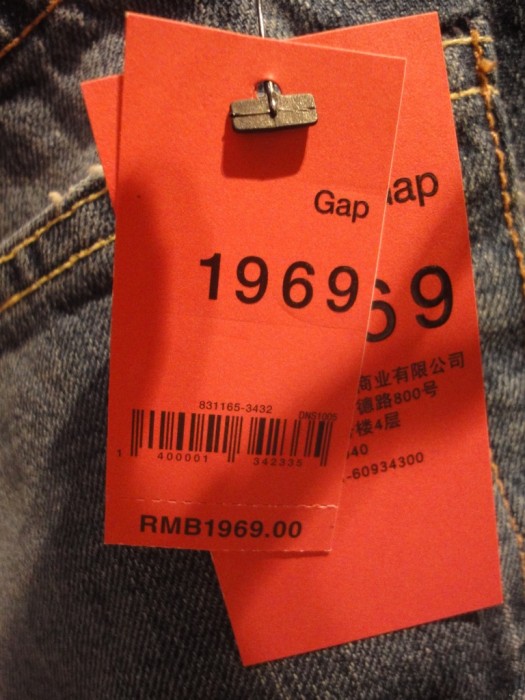 That’s right, in celebration of its entry into the China market, and its 1969 brand, Gap is charging RMB 1969 (roughly US$300) for a limited edition jean (edition of 3000). Will Chinese consumers buy $300 jeans marketed as Communist kitsch by an American company that they’ve never heard of before? I guess we’ll see. The American cashier I chatted with didn’t seem to have many doubts – “We chose to  have the same product mix here as in our Japanese stores.” Good luck with that.

End note: my friend Mary Bergstrom of the Bergstrom Group, a China trends consultancy tweeted, in regard to the special edition Gap jeans: “some of my staff checked out the gap store and ironically, they didn’t have the jeans in their (small Chinese) sizes”

[UPDATE 23/3: I just learned this morning that Gap held the press conference announcing its entry into the China market … in Japan. Speaking only for myself here: all signs point to a crash and burn strategy.]