Back in Shanghai for the first time in 28 days and my only observation is that this cold weather – the cold weather everyone is complaining about – doesn’t feel any different to me than the air-conditioning that I kept shutting off in Singapore.

In any event, below, a photo that I posted to Twitter a couple of weeks ago. It was taken inside of a Malaysian factory where – among other profitable activities – imported computer monitors from the developed world are repaired and refurbished for consumers in the developing world who can’t afford flat panels. 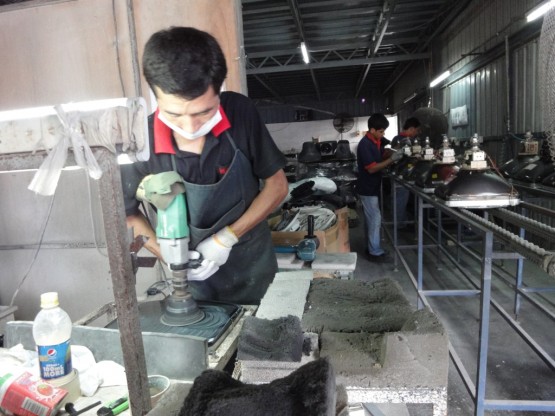 I know, I know: in an age defined and owned the Dark Cult of the Endless Apple Upgrade, the use of anything short of an HDTV flat-screen must seem hopelessly antiquated (that’s what Apple would like you to think, anyway). But the truth is that the growing population of internet users in the developing world can’t afford iPhones, iPads, or flat panels. But they want to get connected, and so they get connected using used PCs with half decade-old processors and old-style monitors that may cost in the range of US$100 for a set. And where, you might ask, are such consumers?

You could do worse than look to Egypt, one of the world’s major destinations for imported, used electronics. But it’s funny: over the last month, when people in developed countries spoke of “Egypt’s Internet Revolution,” I honestly think they envisioned young Egyptian college students, racing rally to rally, guided by their iPhones. Reality, however, is that the internet revolution took place on out-of-date (for the developed world) PCs and old-style CRT monitors, many of which were imported from the developed world – because that’s what young Egyptians can afford. The old regime knew it, too, and made efforts to crack down on the import of use computer equipment and refurbishment facilities. More on this subject in the coming months. For now, a word of caution to the high-tech provincials and technorati out there covering, cheering on, and misunderstanding, the other Arab internet revolutions: the rest of the world isn’t nearly as wealthy as you are.