A little Shanghai Scrap pop quiz for the weekend.

The following two verses were sung in Beijing on April 6, 2011:

Q. Where, in Beijing, were these verses sung?

A. an underground church in downtown; B. a Mormon house church in an expatriate compound in the suburbs; C. a Bob Dylan concert at Worker’s Stadium.

The correct answer, as the title of this post surely suggests, is the last one. That is to say, those verses are the last two of “Gonna Change My Way of Thinking,” the song with which Dylan opened his concerts in Beijing, and Shanghai. They are preceded by verses that include an apocalyptic vision of hell, and this rather key passage: “So much oppression/Can’t keep track of it no more.” Bluntly: this is an undeniably Christian protest against earthly materialism and oppression, from 1979’s Slow Train Coming album (the first of Dylan’s oft-dismissed Christian period). 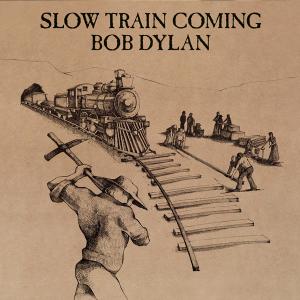 And yet, if you were to take even a passing glance at the criticism and opprobrium that Dylan has received for not playing “protest” songs in Beijing and Shanghai, much less speaking out in favor of artistic freedom (something that he’s never done in the past), you might – like the ever-lame Maureen Dowd of the New York Times – conclude that:

… the raspy troubadour of ’60s freedom anthems would go to a dictatorship and not sing those anthems is a whole new kind of sellout — even worse than Beyoncé, Mariah and Usher collecting millions to croon to Qaddafi’s family, or Elton John raking in a fortune to serenade gay-bashers at Rush Limbaugh’s fourth wedding.

Curiously, those few Chinese who attended, much less cared about, Dylan’s concert, have not – best as I can tell – joined the chorus of mostly affluent foreigners claiming that a failure to sing “The Times They Are A-Changin’” in Beijing is tantamount to performing for Qadaffi’s family. My suspicion is that they (and Dylan), probably sense that, in Beijing, there just isn’t much revolutionary currency in song verses such as:

Come senators, congressmen
Please heed the call
Don’t stand in the doorway
Don’t block up the hall
For he that gets hurt
Will be he who has stalled
There’s a battle outside and it is ragin’
It’ll soon shake your windows and rattle your walls
For the times they are a-changin’

Indeed, I think it’s fair to say that revolutionary anthems which address “senators and congressmen” are best addressed to people who have them. And, last I checked, the people of Beijing and Shanghai don’t.

Which brings me back to the striking apocalyptic Christian imagery and message with which Dylan started his Beijing and Shanghai shows. I don’t know why he chose to do that number (aside from the fact that it’s great), and what it says about him. But the fact that Maureen Down and other critics of the performance fail to pick up on the fact that Dylan sang an overtly Christian song to (using Dowd’s words) “2,000 Chinese apparatchiks in the audience taking a relaxing break from repression” seems to me a much more pointed criticism of Dowd’s (and her likeminded critics) biases and blind-spots than anything that’s been written about the bard’s workmanlike Chinese performances.

But whatever. Anyone under the impression that a Beijing rendition of a protest song like “The Lonesome Death of Hattie Carroll” – even one translated into Chinese and broadcast nationwide – would result in anything more than polite applause, has a) the kind of naive idealism that the world sorely lacks at this point in time, and b) a bad case of Western cultural narcissism. For the record: I don’t think Dylan playing “Gonna Change My Way of Thinking” in Beijing will change much of anything, either, including – I’m sorry to say – the narrow, jaundiced definition of “protest” embraced by Dylan’s, and China’s, critics.

1. Am I the only person who remembers the days when it was considered a cultural triumph for an American artist “to perform behind the iron curtain?” Entire albums and career resuscitations are based upon this conceit. Surely, those days haven’t come to an end, have they?

2. It has been widely reported that Dylan’s Beijing and Shanghai setlists were submitted for approval by the Chinese authorities. Alas, I have yet to see any report that provides a source for that information. Dylan’s camp? The promoter? The government? I suspect that I’ve missed a citation somewhere. If so, could someone please provide it in a comment or email?

[UPDATE 4/11: In comment #9, below, Will provides an answer to this question:

“The Ministry of Culture’s approval notice for Dylan’s mainland tour stated that the performance needed to stick strictly to the approved content and reminded the performers of their responsibility to monitor/supervise to make sure that happened. I don’t know if there was any other source for claims that the set list had been vetted by Chinese authorities.”]

3. If, in fact, Dylan’s set was pre-approved, is it not curious that the censoring authorities would approve of Dylan playing an unabashedly Christian song at the front of his two Chinese sets? By my way of thinking, the authorities, a) didn’t notice, or b) didn’t care. Interesting, either way.

[UPDATED: Jeremiah Jenne of the Granite Studio blog has also published a Dylan-oriented rant today, and it is very much worth reading, here.]