On July 6, 1957, John Lennon was introduced to Paul McCartney in between shows by Lennon’s band. McCartney, it is said, could tune a guitar and sing Twenty Flight Rock, and that was that – musical history was changed. It’s a nice story, but not nearly as rock and roll as the night in 1964 when a 17-year-old Keith Moon showed up at a show by the Who, claimed he could play better than that night’s drummer (Mitch Mitchell), and proceeded to destroy that drummer’s kit – and get the job. And that doesn’t hold a candle to the night in 1971 when Clarence Clemmons met Bruce Springsteen and the E-street Band in a New Jersey bar. In Clarence’s words: “[W]hen I opened the door the whole thing flew off its hinges and blew away down the street. The band were on-stage, but staring at me framed in the doorway.”

I like these stories, just as I like the recent wave of rock and roll biographies hitting bookstores. But as much as I like reading about how Keith met Mick, say, I don’t think any rock and roll anecdote has given me so much pleasure as the rather scatological tale of how young punk (and my friend) Liu Jian met his rock and roll partner Shi Di back in the 1990s – and later went on to form their band, Cocoon. That story was recounted in Liu’s 2004 semi-autobiographical work of fiction, Rock Soldier, which describes a youthful career as a Chinese rocker, and how – bit by bit – that led to a voluntary stint in the People’s Liberation Army. It’s a marvelous yarn, and interesting – if you like music biographies – for how much it shares with the rock and roll stories (and spirit) that are now topping US bestseller lists. Only, it doesn’t. 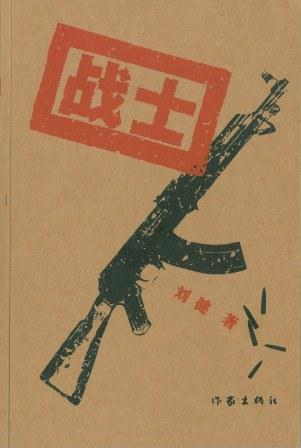 Rock Soldier was published in Chinese, and hasn’t been available in English until – quite recently – Joshua Dyer translated it. Alas, the translation has yet to be published, so – with permission – I’m going to post an excerpt. One note: early on, Liu mentions ‘cracked kids,’ a reference to young men (mostly) in the 1990s who purchased and listened to cassettes of foreign pop music that had been cracked in vises after being seized by the authorities. Liu was a self-professed “cracked kid” whose love of American rock and roll was informed by such cassettes. So, without further introduction, the meeting of Liu Jian and Shi Di, and the origins of Cocoon. Enjoy …

I know it sounds ridiculous, but I met Shi Di because one day he started singing Bob Dylan’s With God on Our Side while taking a dump at school, and I heard him because I was squatting in the adjacent stall. As far as I knew, no Chinese record label had ever recorded the song, so I immediately suspected the toilet-stall singer was a fellow cracked kid.

I knew I had to come up with a suitably dignified greeting for this fellow revolutionary from the example of General Zhu, who had travelled thousands of kilometers to pay his respects to Chairman Mao. Before Shi Di had finished his song, I broke into Dylan’s Blowing in the Wind. We each kept up our respective songs for a few lines, then spontaneously stopped. He introduced himself and we struck up a conversation while squatting in adjacent stalls. When the class bell rang, we hitched up our pants and moved out to the athletic field, where we chatted while leaning against the flagpole. Our first conversation had nothing to do with music; we mainly joked about to the best way to blow up the school and what kind of bomb one should use to avoid being caught by the police.

Shi Di was more than just a cracked cassette fan—he also liked to play around on the guitar and write songs. His technique was lacking—he couldn’t keep his guitar in tune, much less hold a barre chord—but he had a powerful voice. At first, we just met to talk about music and play songs for each other, but one time Shi Di suggested that we start a band. He wanted me to play guitar and write the songs, while he would sing and play bass. I immediately agreed.

That same day, we went out and bought some candles, apples, ghost money, and 80 proof baijiu grain alcohol, then knelt down in our school dormitory to offer this bounty to Heaven, Earth, and the gods of music. We prayed that the gods would help us compose beautiful songs, put out an album, attract a following throughout China, and that one day we could go on a world tour, just like the Rolling Stones.

After our offering, we set about picking a catchy band name. Band names are a big deal, and our discussion dragged on for a while.

Shi Di started by suggesting “The Boredoms.” At the time didn’t know there was already a band in Japan with that name.

“No way,” I told him, “ Do you want people to think we’re boring?” I wanted something that represented who we were, our values. “What do you think of Cracked?” I asked.

“Sounds too hard-core. What about Sacrifice?”

“That’s even more hard-core. What about Comatose?”

“Too obvious.” After a pause I suggested “Disseminate.”

“Disseminate? I don’t even know what that means. What about The Rabble Rousers?”

“The Rabble Rousers sounds small time. Why not call ourselves Funeral? That’s heavy.”

“Whose funeral are you talking about? What do you think of… Appendix?”

“The symbolism sucks. As soon as we start acting up, we get cut out.” More thinking. “I’ve got one: Cocoon. It’s like we’re incubating, waiting to be reborn in a more beautiful form. That’s pretty cool.”

“Yeah, it’s cool. But no one’s going to get it. Hmm… What about Son of a Locomotive Man.”

“Since when can your dad drive a train? What about Box of Ashes?”

“Can you quit with the death already? We might as well call ourselves Funeral Home.”

“OK, fine. Let’s go with something historical. Proclaim our Chinese roots, like that Beijing metal band Tang Dynasty. If we called ourselves Zhou Dynasty, we’d be ahead of them by a thousand years.”

“Then we might as well go with The Oracle Bone Inscriptions. That’s the earliest record of Chinese civilization. Read your damn textbooks.”

We went back and forth like this for a long time before I finally suggested that we pick one at random and stick with it.

Shi Di agreed, so I wrote down all of the names we had brainstormed onto pieces of paper, scrunched them up into little balls, and then threw them into the air.

We decided that the loser of a game of rock, paper, scissors would pick up one of the pieces of paper and see what it said.

My rock crushed Shi Di’s scissors, so Shi Di closed his eyes, reached down to the ground and fumbled around for a paper while muttering prayers for luck. He grabbed one and opened it.

Thus, Cocoon was formed, and Shi Di and I began spending every spare moment shut up in our dorm room to focus on writing new songs. In our dorm room, we discovered freedom, while in the classroom we felt caged. Before long we stopped attending classes, except for English and chemistry. We stuck with English because our head teacher taught it and we didn’t dare anger him, not to mention everyone said it would be useful one day. Chemistry itself didn’t interest us much either, but our chemistry teacher was a fascinating man whom we respected a great deal.

He was the only teacher who had long hair and a beard, and he was the only one at our school who had spent time in Beijing. Word among the other teachers was that he had been a promising university student on the fast track to officialdom, but his career was derailed by his participation in some protests at such-and-such square. As punishment, he was sent back to his hometown to work as a middle-school chemistry teacher. 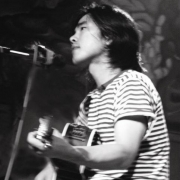 Lu Jian can be contacted through his blog, and found on Weibo at 刘健_流浪歌手.