What happens to your old phones, computers, televisions and other devices when you drop them into the recycling bin? For more than a decade, the standard answer to that question has been some variation of: they’re “dumped” in China. The examples are rife: from a Peabody-award winning story by Sixty Minutes, to beautifully laid-out, two-page op-eds in the New York Times. Yet, as a steady flow of new studies are showing, the assumption that US e-waste is being dumped in developing countries is turning out to be a baseless myth. In fact, rather than dumping US e-waste in developing countries, US electronics repair and recycling companies are actually doing the difficult work of disposing of more than 80% US electronics – right at home.

This is the topic of my new op-ed running at Bloomberg View: Stop the Baseless Panicking Over US E-Waste. 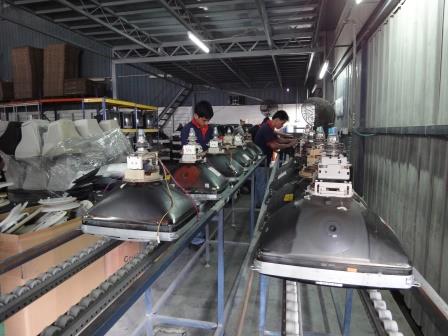 More important, yet, we’re learning that most of the so-called e-waste that’s shipped to developing countries actually goes for repair, refurbishment and re-use – a far more environmentally pleasing result than recycling. Above, a Malaysian refurbishment facility that I documented for Scrap Magazine in 2011.