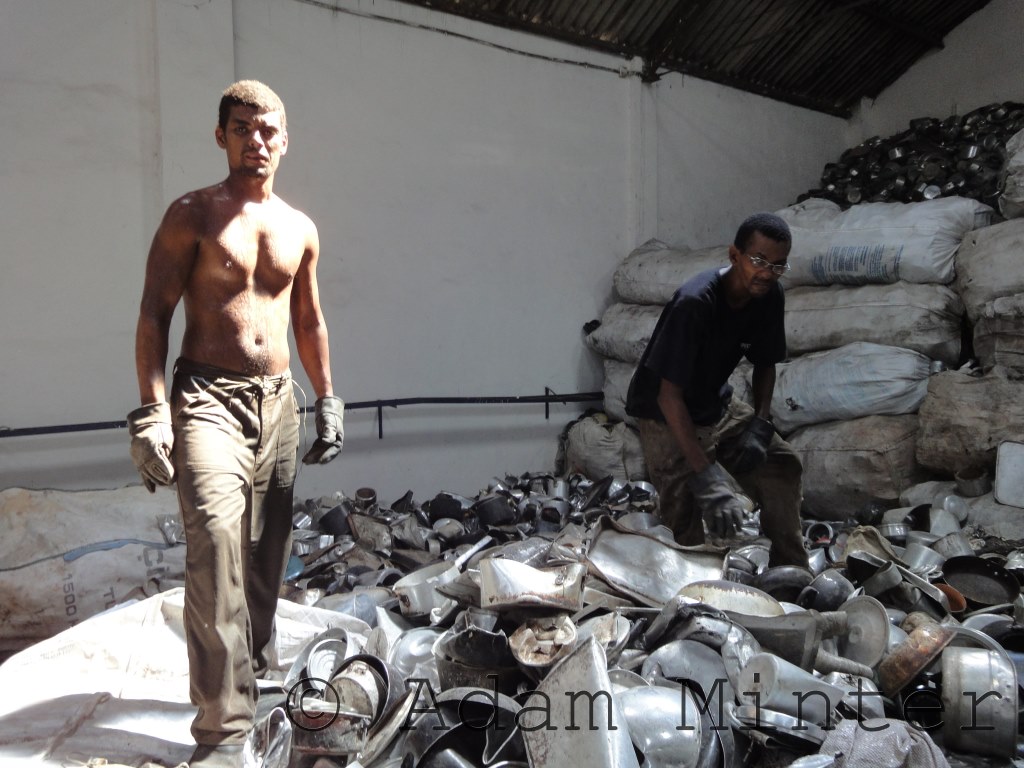 This strapping gentlemen was photographed two days before Carnival 2011 in Rio de Janeiro, Brazil. He and the less strapping gentleman behind him were photographed atop a five meter high pile of pots and pans collected – on an ongoing basis – from local households for recycling. I’ve never received a very good explanation as to why pots and pans in Brazil are recycled at such a high rate – but I digress. Today’s Hunk of Scrap, like yesterday’s from Vietnam, developed his fine physique by working in scrap yards, where repetitive lifting of moderate weights has produced spectacular results (disregarding the modest but noticeable belly, surely the result of the rich local cuisine). On the day that I joined him atop this pile of pots and pans, his job was less strenuous: he and his colleague were separating lightweight steel pots from aluminum ones, so that they might be sent to the correct furnaces. Eventually, I was told, the men would work their way down Mt. Pots and Pans. It was, as I recall quite distinctly, quite hot atop the pots and pans (thus, he wears no shirt), as they were located in a sun-baked warehouse lacking in a/c.