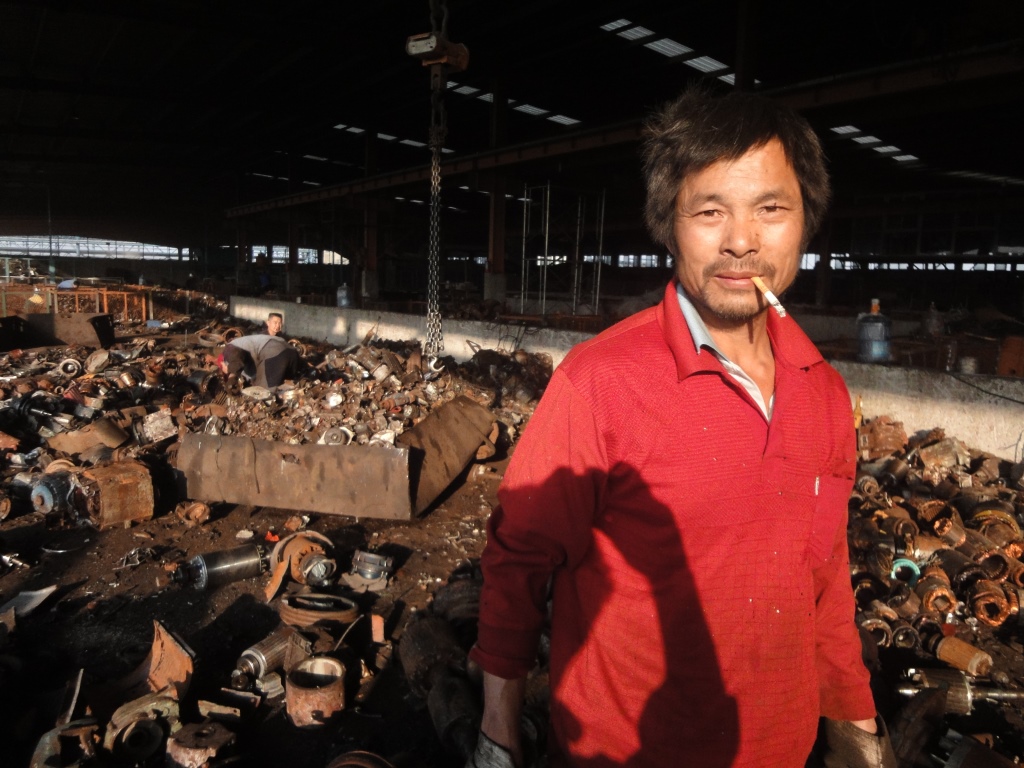 This rakish fellow was photographed at a Ningbo scrapyard in November 2010, as he was taking a cigarette break (fyi: that’s my shadow on him). Unlike his two predecessors in the Hunks of Scrap series, he is not shirtless (the photo was taken in November, and Ningbo was crisp). Then again, I’m not sure that his predecessors – or many men, really – could manage to hold a cigarette at the corner of their mouths with such confident, rugged masculine ease. He is, in a sense, the Steve McQueen of the Ningbo scrap yard set. In any case, this man is also a motor breaker – that is, he spends his days breaking apart motors into steel, copper, and whatever other components are in them. It’s hard, tough work that tends to build strong stout shoulders and backs. I’ll write more about motor breaking in the next couple of weeks (here, at the Atlantic, is a very short piece that I did a few years ago), but suffice it to say that a good motorbreaker is hard to find (the best can make around $750/month in China – very good money), and one who can hold a cigarette like that is even harder.