What’s the lifespan of an iPhone? Is it measured in the lifespan of the handset? Or is it measured in the lifespan of the battery? Most iPhone users will likely answer that the lifespan is determined by the battery, if only because – unlike the Samsung Galaxy S4 – consumers can’t change an iPhone battery without voiding the warranty. As a result, if you own an iPhone, and your battery is dying, you’re left little option beyond relying upon Apple’s $79 battery replacement service – and the one-week, mail-in wait that it requires. Under that circumstance, most consumers will opt for a new phone. After all, who can wait a week for a battery replacement?

Today at Bloomberg View I take issue with this Apple design choice, in an op-ed entitled, “Eco-Friendly Apple’s Dark iPhone Secret.” As I point out in the piece, the new iPhone 5s is more unfriendly than most, due in no small part to the fact that Apple has chosen to glue the new phone’s battery to the case, making it even more difficult to replace. Below, an image courtesy of ifixit, showing a removed battery and the glue strips that secure it. 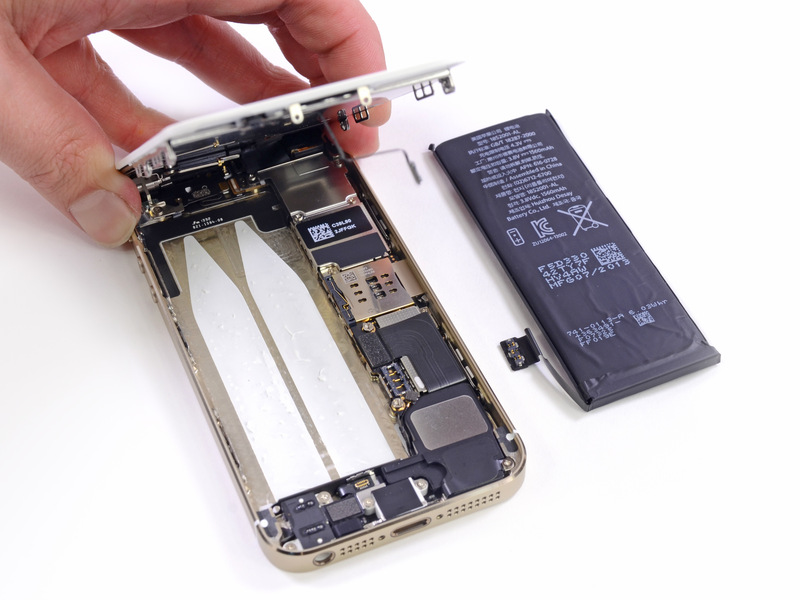 Surely Apple – a company that prides itself on reduced packaging – can figure out a way to allow consumers to switch out batteries from its most popular product. At Bloomberg View, I suggest that it might want to start looking for a way sooner rather than later.