It’s been more than two months since my last update, but that’s not to suggest that nothing is happening on Junkyard Planet. Where to start?

Over the last couple of years, some of the best and most interesting journalism related to the global scrap industry has come out of Vice, and thus I was really pleased to sit down with them in November for an interview regarding Junkyard Planet. That interview turned into an opportunity to work with them on a segment on scrap metal theft, and the globalization of the metal trade for HBO. So, in January, on very short notice, I flew out to North Carolina and met up with a Vice crew for a shoot with my friend Johnson Zeng, scrap trader extraordinaire (readers of Junkyard Planet will know him well). It’s hosted by David Choe – and I’m in it, too, in the second half. HBO subscribers can see the segment on demand, here. A teaser for the full episode (which first aired on March 28) is here:

Next up – and belatedly – the traditional Chinese language translation of Junkyard Planet was released in Taiwan by China Times Publishing on February 24. As I noted in an earlier blog post, the translator, Liu Daojie, was a scrap laborer in his youth – a fact that he mentions in the translator’s introduction. The translation itself is available at bookstores across Taiwan and Hong Kong, as well as from the publisher and online retailers. 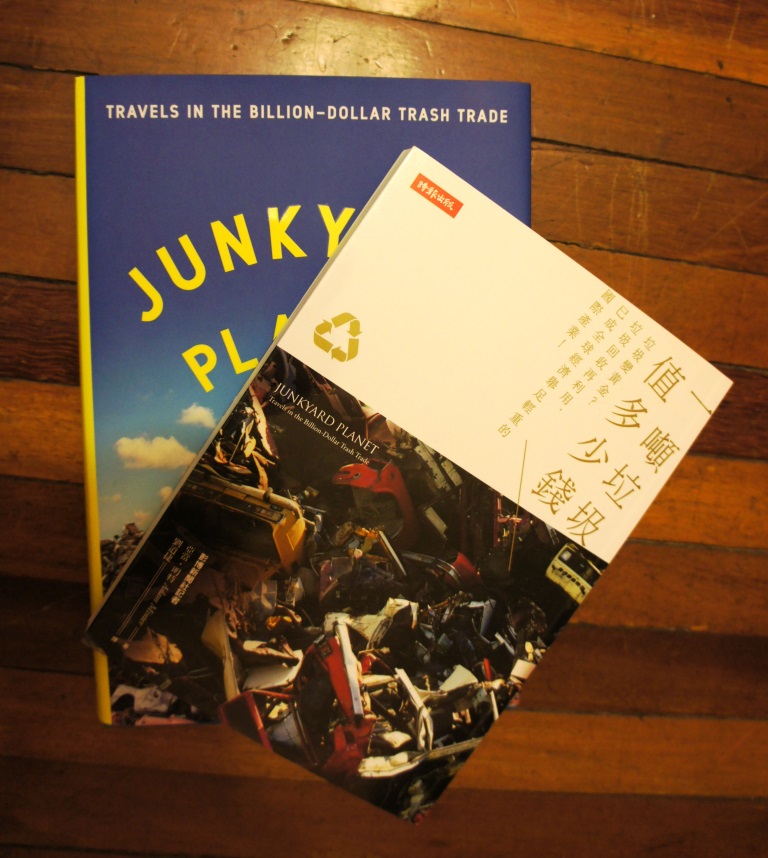 On a somewhat related note, China’s Chongqing Publishing Group will publish a simplified Chinese translation in September. I’m in the process of writing a special introduction for the Chinese reader to be included in that edition. More on that, and the promotional tour that’ll accompany the release, soon.

The reviews continue to come in for Junkyard Planet. Of the most recent ones, I’m particularly pleased with this one published at Forbes by Adam Ozimek of the Modeled Behavior blog. Other recent press I’ve enjoyed is a nice feature in Malaysia’s New Straits Times, and an enjoyable interview I did with Radio New Zealand’s This Way Up.