This evening I was startled by this photo, by Ricky Cheung, running in the South China Morning Post. 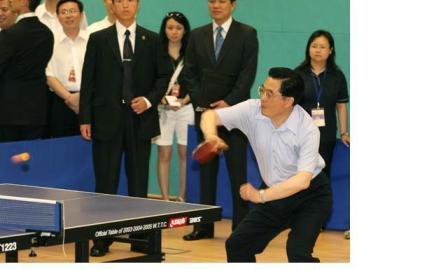 Startled, because I think it’s the very first photo that I’ve ever seen of Hu Jintao suggesting that he has interests other than posing with world leaders and/or looking stiff. 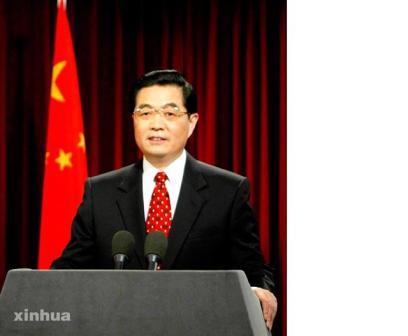 [this photo comes courtesy of the Chinese Embassy in Canada]

And this brings to mind an interesting question: Is there another world leader about whom is known less than Hu Jintao? Even after five years, the man is a total enigma – at least on a personal level. Of course, I don’t expect or want to know the details of his life ala American politics. But, then again, what harm would there be in knowing at least something about his personality or interests?

I’m not naive here. Among Chinese politicians, the degree to which you avoid the press or – better yet – speak in obscure terms to them, is a mark of honor (doesn’t Wen Jiabo do an annual news conference?). But for goodness sake, as, say, a service to the 20% of humanity he leads, shouldn’t he at least have to reveal what he likes to do other than playing ping pong?