Last week Shanghai’s state-owned Xinmin Evening News reported that Shanghai was confidentially applying strict beauty standards, including highly detailed mathematical ratios to the selection of forty female college students to represent the city as Olympic “hostesses” in August. The story was picked up by Xinhua, and by mid-week, was inspiring anger and ridicule in letters to the editor. No surprise, in the face of public ridicule, the Shanghai officials involved in drawing up the standards (“ruddy and shiny complexion”, “elastic skin” and “a plump but not fat body”), denied them at a news conference (which was, alas, closed to overseas media).

Remarkably, the Xinmin Evening News not only refused to back down from the story, but later in the week printed a front-page defense of it, including a description of how they obtained the classified standards memo. [O]fficials at an official news conference who don’t speak the truth have had great impact on the reputation of the media and the government’s credibility, noted the editorial (excerpted in the subscriber-only South China Morning Post).

[Much thanks to Black and White Cat for comments on my original post, and links to the defense by the Xinmin Evening News.]

In my first post on this subject, I suggested – somewhat facetiously – that the standards for Olympic hostesses weren’t all that different than those utilized by the American Kennel Club for judging purebreds. Despite some offline flack for that comparison, I stand by it. That noted, I really wish that I had picked up on what might be some of the weirdest Olympics news of the year, hidden – in clear view – in this sentence from Xinhua’s reiteration of the Xinmin Evening News story:

It also set strict standards on facial features, including the ratio between the “width of the nose and the length of the face”, “width of the mouth and width between the pupils”, Shanghai’s Xinmin Evening News reported.

Fans of Leonardo DaVinci and/or Dan Brown’s The DaVinci Code, should/could/will recognize what’s going on here: the renowned Golden Ratio – 1.618 – has been enlisted to choose Shanghai’s contingent of Olympic hostesses. There’s a whole lot of internet literature on the Golden Ratio and its tenuous connection to Western aesthetics, so google around if you want a deeper explanation. In the meantime, here’s my one paragraph summary:

Roughly 2300 years ago, Euclid, in his Elements, defined 1.618 as the ratio between a line segment and its whole. Over the centuries this ratio has been found in numerous, unrelated phenomena, including fractal geometry, seed and leaf arrangements, and crystal structures. The Greeks believed that the rectangle defined by the Golden Ratio, was the shape most pleasing to the human eye, and they incorporated the precise figure into their architecture and art (including the Parthenon). And then things get a little fuzzy. Dan Brown (author of the Davinci Code) and others suggest that Leonardo Davinci incorporated the Golden Ratio into his art, most notably as the ratio between the height and width of an ideal man in the Vetruvian Man. 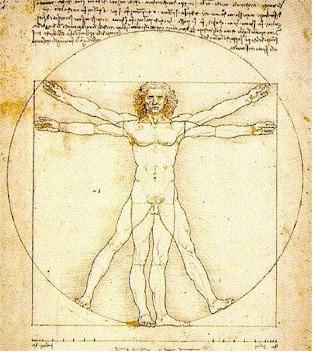 For some time, others have theorized (without proof) that the height and width of the Mona Lisaï¿½s face is defined by the Golden Ratio; and others – with tenuous proof – believe that the ideal proportions of the Golden Ratio defines the ideal of human beauty when applied – as rectangles – to specific dimensions of the human face. 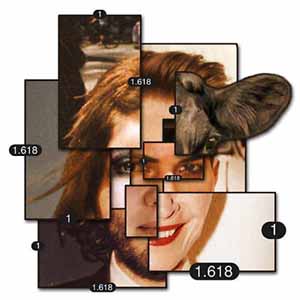 In fact, since the 1860s, a rich literature of speculation and studies (some poor, some rigorously scientific) have attempted to prove that the Golden Ratio defines the ideal of human beauty (a good summation of this literature was recently written by Dr. Mario Livio, and can be found here and here). As a statistical matter, nobody has ever been able to prove that humans are more highly attracted to faces that closely approximate the Golden Ratio. Partly, this might have to do with the fact that not everybody likes the look of the Golden Ratio’s ideal rectangle; and, for that matter, the ratios that average across Caucasian faces are not going to be the ones that average across, say, Chinese ones.

Which is a long-winded way of saying that Shanghai’s bureaucrats might have been better off using voodoo dolls to choose Olympic hostesses, rather than 1.618.

Now, I suppose, in a society where the numbers 6 and 8 fetch a premium in pretty much any context, somebody in Shanghai government is bound to see value – much less, great auspiciousness – in a ratio incorporating both. And, in a China determined to leave no aspect of its Olympic self-promotion to chance, there must be some solace in knowing that the epitome of Chinese feminine beauty can be calculated. But the fact that members of Shanghai’s bureaucracy went out of their way to keep these numbers secret is a testament to the deep insecurities and pressures that riddle the ongoing preparations for these Olympics. I’m guessing here, but I’m fairly sure that this is just the beginning of the weirdness, not the end.