Two years ago ESPN agreed to pay US$1.1 billion per season to the NFL for broadcast rights to the venerable Monday Night Football franchise. To recoup the fee, ESPN will make every effort to expand the audience for its Monday night games, while providing high-quality broadcasts to those who know and love Monday Night Football, already … er, right?

The first Monday Night Football games of the season were played this morning, Asia time. The first game, between the Minnesota Vikings and the Green Bay Packers, was of particular interest to this Minnesota expatriate, and I eagerly dragged myself from bed, and across town to join a fellow Minnesotan. At 7 AM we dutifully switched the TV over to ESPN, and watched – in disbelief – as the network’s Asian affiliate broadcast this, instead: 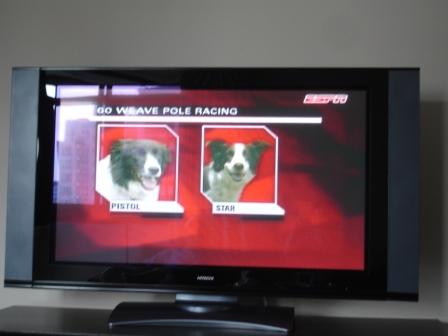 That’s right – a Purina-sponsored dog show. Now, I appreciate the 60 pole weave as much as the next dog lover, but really – if you were trying to antagonize a couple of NFL fans, could you have chosen programming more perfectly tailored to do just that? Don’t answer! Because, as it happens, you could. After the jump, a photo of what occupied the screen for most of the second half of the Vikings – Packers game: 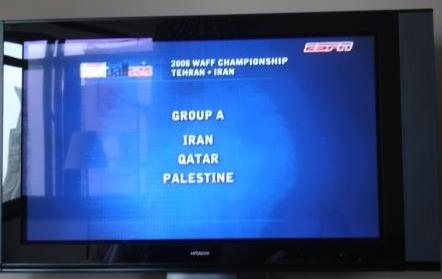 That’s right: a soccer tournament in Tehran (where the stadium was empty – I watched), instead of an NFL game that ESPN spent US$1.1 billion to secure rights to. Accident? Or deliberate attempt to antagonize Vikings-Packer fans in Asia? I’m withholding judgment.