I’ve been covering the design, production and installation of the new stained glass windows for Shanghai’s St. Ignatius Cathedral for nearly five years, now (this 2006 story for the LA Times Sunday Magazine is my lengthiest piece on the subject), and I’ve been witness to some very interesting moments along the way, but today – by far – was the most interesting and moving of all. Two weeks ago, designer Wo Ye, and her crew, began installing the cathedral’s twenty, third-level nave windows (roughly 60 feet above the floor); today they finished the process and thereby transformed an austere building, into a warm one bathed in yellows and golds. Below, an image of the left side of the nave, and the reflections cast by five of the seven new, six-foot windows that line it (click for an enlargement). 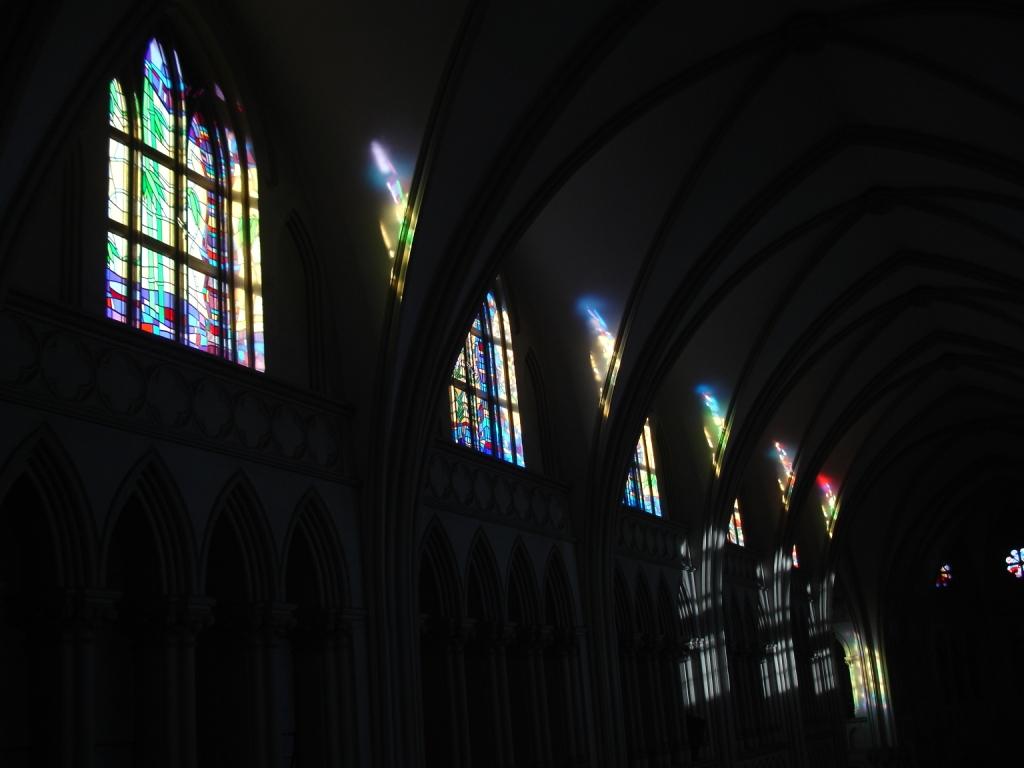 The white light on the vaults at the far end is unflitered sunlight coming through the last of the three windows yet to be installed. After the jump, some portraits of the completed windows, and a few extras … [note: the photos are posted at a slightly higher resolution that I typically use, so they may load sluggishly on a slower connection]

Occupying the highest level of the church, the new windows are a distinctly Chinese take on the Garden of Paradise. So, as it happens, this Shanghai Paradise is lined with bamboo stalks, lilies, magnolias, and roses. Let’s start with an example of the three lily windows (a photo of one of these windows in assembly can be found here). All photos that follow can be clicked for an enlargement: 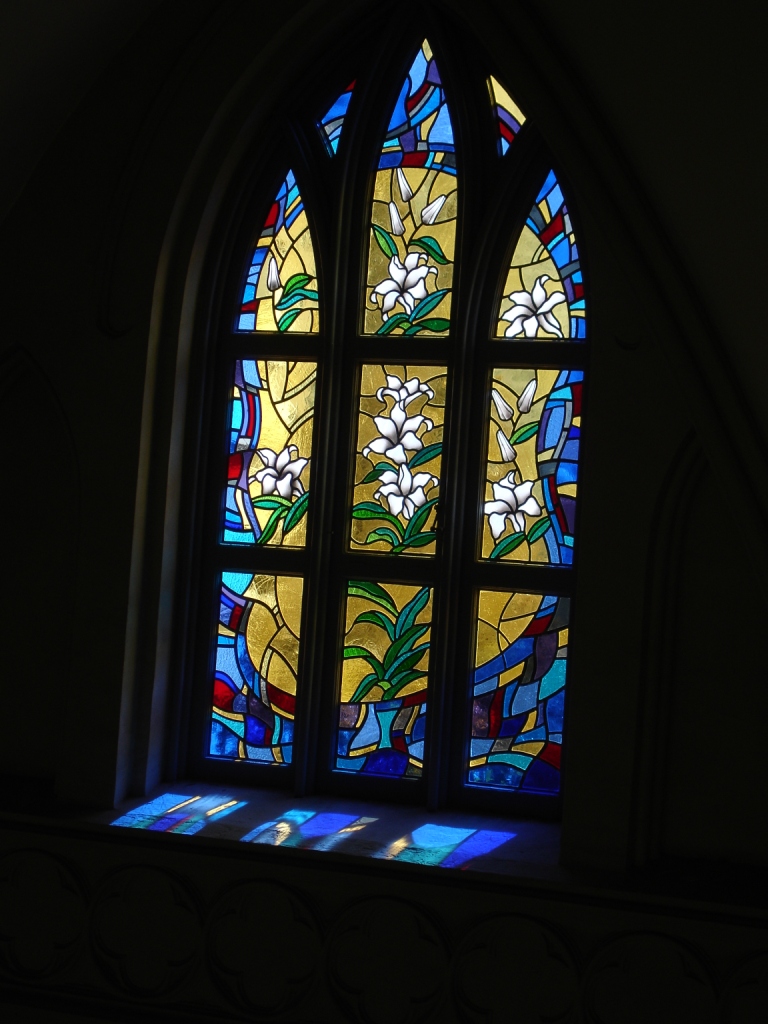 Next, an example of one of the two magnolia windows: 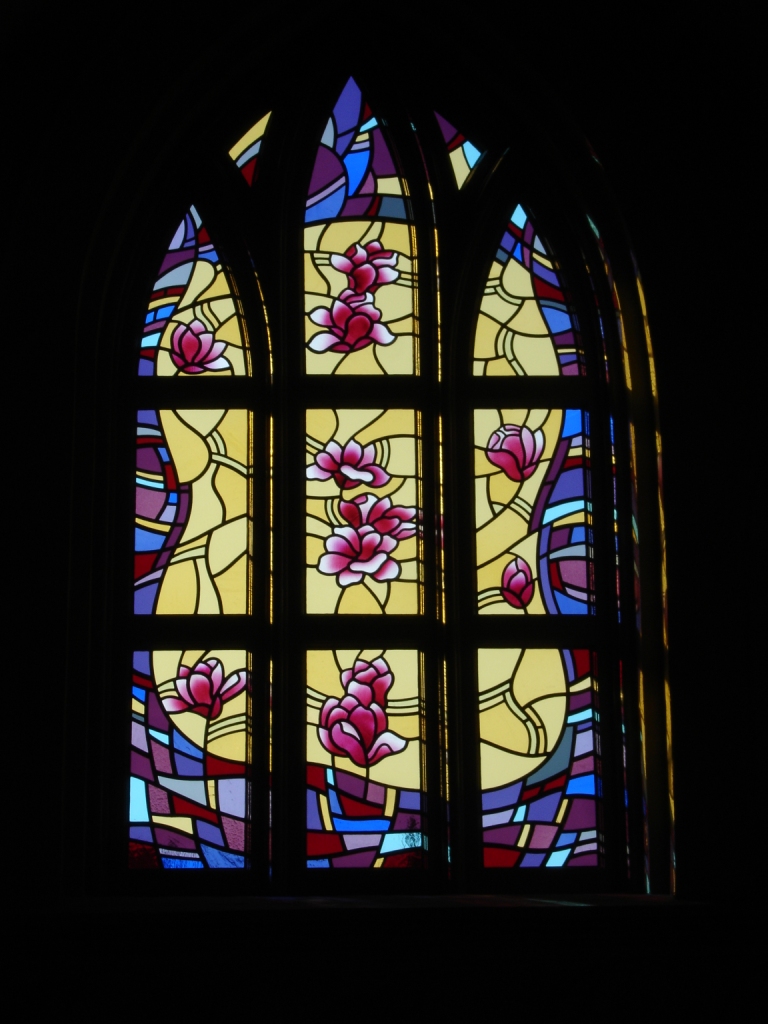 And an example of one of the two rose windows: 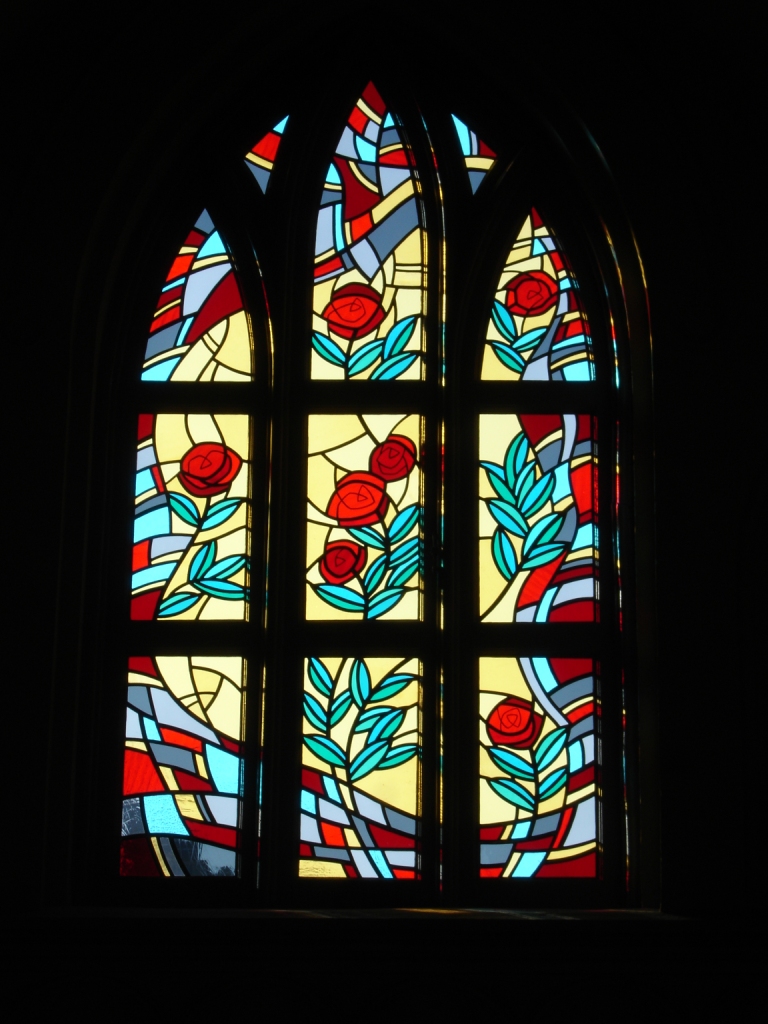 And finally, one of the thirteen bamboo windows: 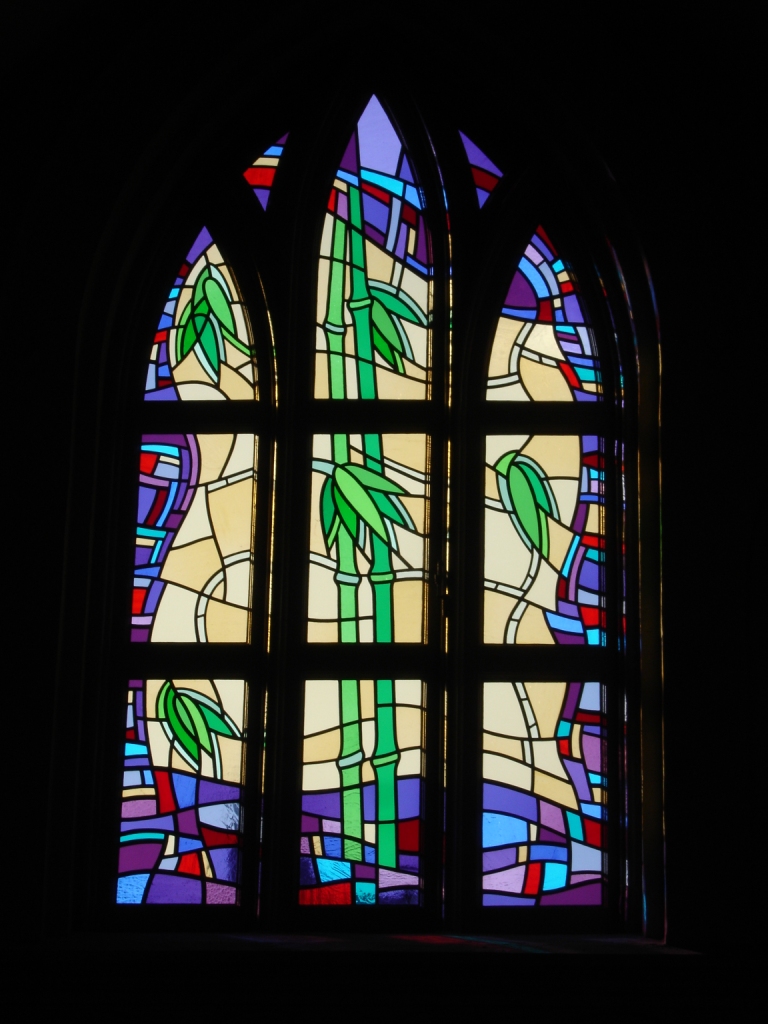 Another image of the effect that the new windows have on the cathedral. However, please note that the large rose window in the back of the cathedral is not filled with stained glass at the moment. Instead, it’s occupied by plastic place holders until the new panels are completed and ready for installation (in the spring of 2009). 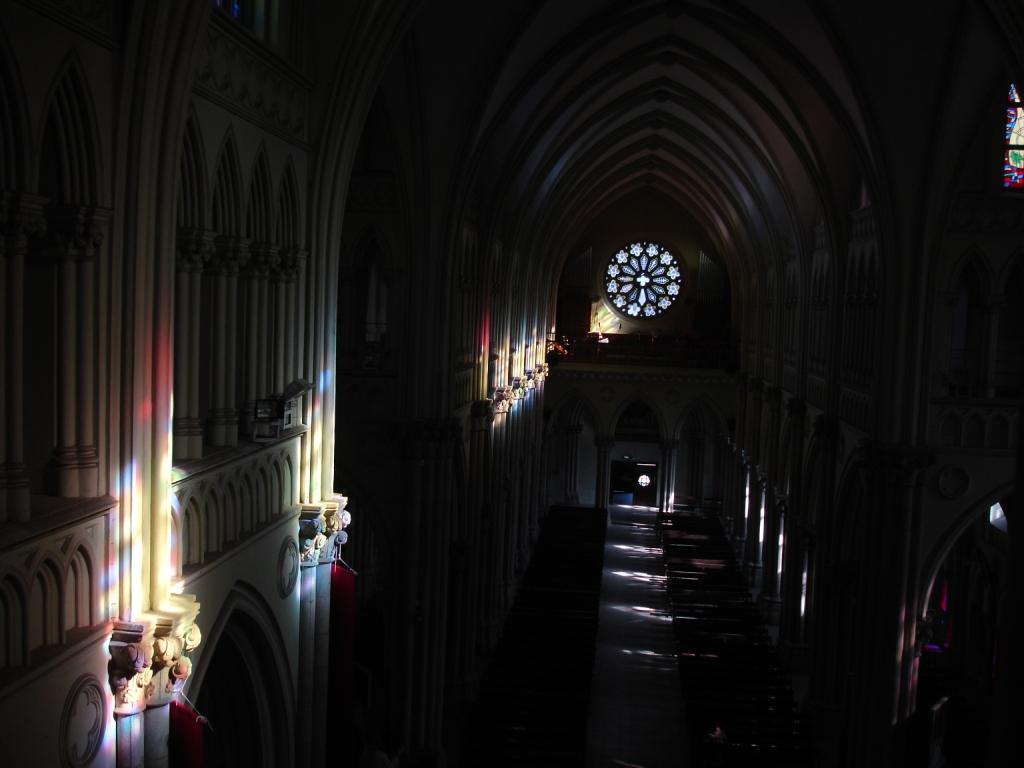 A word of advice: Go and see for yourself. These photos only hint at the depth of color now washing over the cathedral. It’s open to the public, daily, except for special events, so you shouldn’t have any problem making a visit.

And if you’re not in Shanghai, no worries. Ariana Lindquist, a real photographer (and a very good friend), spent the day shooting the installation and its glowing after-effects.

Finally, no post about Chinese cathedral window installations would be complete without at least one scaffolding photo. So, without further ado, a little image I’d like to call Launch Pad … 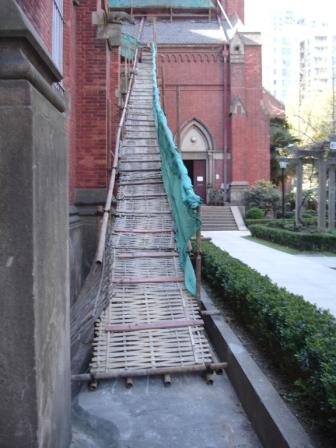