Shanghai Scrap is withholding comment on Barack Obama’s economic stimulus in favor of compelling anecdotal evidence that – while the US Congress debates how to stimulate anything – the Chinese government is stimulating the US scrap industry. 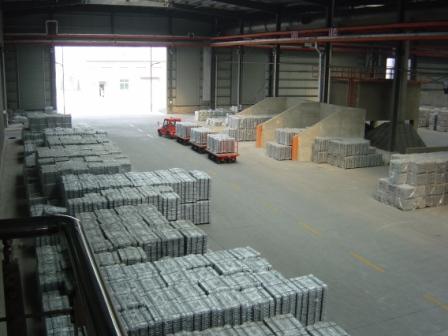 Keep in mind that, in the wake of the economic crisis, and the collapse in China’s export manufacturing sector, the non-ferrous metals industry nearly collapsed due to a lack of demand and excess inventories purchased at record prices. As a result, raw material suppliers – including US scrap metal dealers and Australian miners – found that, in the space of two months, their biggest and best customer (China) simply disappeared.

Cut to this afternoon, and lunch with four mid-sized US scrap metal exporters (and one physician). I arrived expecting to hear market doom and gloom (despite a modest recovery in the markets), as well as harsh words for the large number of Chinese scrap buyers who had reneged on contracts during the October market collapse.

How wrong I was.

To a dealer, these fellows were absolutely overwhelmed by the sudden market demand from Chinese scrap metal consumers (two told me that the calls started coming on January 5). China, they told me, was buying again, and it was buying big. Two of them told me that they were actively seeking US metal for export to China, and the others were seeing a definite uptick in orders. After a relatively brief discussion, they attributed the demand to Chinese stockpiling. Needless to say, there was no talk of broken contracts or scrap kidnappings (grudges, I’ve learned, feed off bad markets, not good ones).

Instead, for these dealers, the new, pressing question is whether or not China can and will stockpile until its manufacturers begin demanding metal for their factories. Longer-term, they agreed that the stockpile all but guarantees that non-ferrous metal prices won’t soon reach the records of mid-2008 (just a question of the price at which the government chooses to release it). A less obvious, but equally important consequence is the benefit it bestows upon the large(r), mostly state-owned metal firms allowed to stockpile metals (with government money). Small, independent smelters, never favored by Beijing, will find themselves at a distinct disadvantage when the stockpiles are released.

[Addendum: I just finished a phone interview in regard to the effect of the global economic crisis on municipal recycling programs in the developed world. As has been amply documented here and elsewhere, scrap recyclables are piling up in municipal warehouses across the developed world as a result of falling demand for their use in new products. So, in answer to the obvious question: no, the Chinese stockpiling program won’t rejuvenate demand for the bottles, newspapers, and cardboard boxes that you leave on the curb every Tuesday. It only covers metals.]