[UPDATED SEPTEMBER 8 : Due to some unexpected events in the US, Shanghai Scrap is going to remain on hiatus for one more week, until the 16th. But believe me – we’ll be back. Stay tuned …]

Mind and body are going to be outside of China for a while, focusing on some long delayed projects and issues, so – rather than bore my readers with commentary on what other people are saying about China (Shanghai Scrap is, and always will be, a reported blog), I’m going offline for a few weeks. I do this with some reluctance: thanks to Twitter (follow me here) and – I hope – some good posts– Shanghai Scrap has enjoyed a significant spike in readership over the first half of 2009. Hopefully, some of it – especially those who subscribe to the RSS feed – will stick around. Believe me, I’ll be back! If you’d like to reach me before then, you can do so via the Contact Form.

In the meantime, there are several other English-language China blogs worthy of your time, and some of the best can be found in the blogroll to the lower right. Click one, click all: they’re good reads and, in several notable cases, good friends, as well. 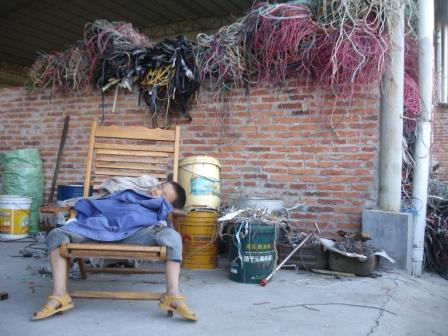 See you in September.