To be honest, I’ve had more than my fill of this decade. So I’m going on hiatus until the next one. January 4, 2010, to be specific. Until then, you might take an interest in my “5 Shanghai World Expo-related Reasons to Look Forward to 2010,” which ran last week at Shanghaiist (as part of a nice series of top 5/10 lists from local media/NGO/arts/entrepreneurial types). 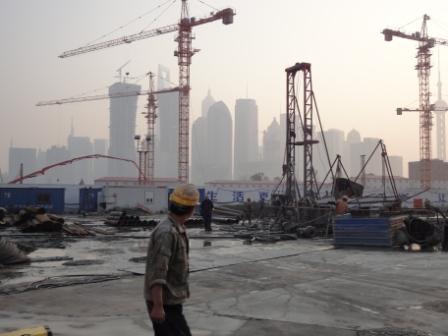 Before I go into hiding, I’ll leave you with another top 5 list – the much anticipated “5 most Trafficked Shanghai Scrap Posts of the Year.”

I’m happy to note that the list includes what I consider to be some of my better posts. At the same time, it’s not lost on me that scrap – the namesake subject for this blog – isn’t represented. And that’s just not right! So, without further ado, the two highest-ranking scrap posts – at number 11 and 13 on the scale – were:

11. Why are 40,000 containers of scrap metal idling in Hong Kong and Guangzhou?

13. The Two Cultures: Recycling Edition [ed. note: a favorite of the author]

And that’s it. Thanks to all of the blogs that have linked to Shanghai Scrap over the last 12 months (especially those made by my colleagues in the China blogging community), and special, sincere thanks to all of my readers. Scrappy New Year!