Today begins the 100 day countdown to the largest World Expo – or World’s Fair – in history. Lots of reasons to note this moment, but if you’re a US citizen, I suggest three, all related: first, the folks behind the US pavilion haven’t managed to complete fund-raising for the structure; second, the US State Department has yet to respond to a Freedom of Information Act [FOIA] request for information that includes a breakdown of the pavilion’s budget and disbursements; and third, and most demoralizing, the architecture and design community is beginning to take notice of the US pavilion design, and they don’t like it very much. That design, below: 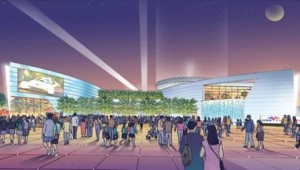 Let’s work backward through my list, starting with the already scathing reviews of the US pavilion.

The long, sordid history of the US pavilion has been documented on Shanghai Scrap and elsewhere. What hasn’t been discussed, at least not at length, is the banal, shopping mall-like design that the pavilion’s sordid history has produced. That’s beginning to change. In a Tuesday post to Fast Company, William Bostwick, the esteemed New York-based architecture and design writer, suggested that the US and Canadian pavilions are in competition to determine who will be be the biggest jokes at Expo 2010. Having visited the Canadian pavilion, I can tell you that Bostwick is being unkind – to the Canadians (their pavilion is terrific). Of the US pavilion, he writes:

Designed by Clive Grout (a Canadian architect, no less), it’s a mash-up of weird conceits and technological gee-gaws, meant to evoke a Chinese-American woman’s life in 2030 via something called a “4-D multimedia theater.” Okay. Plus, it’s wildly expensive, costing $61 million (the Canadian pavilion, circus theatrics and all, came in at only $28 million), and it had to be funded entirely by private donors.

[Additional, even more damning reviews of the US pavilion, are being discussed at Archinect, here.]

Bostwick gets the cost of the Canadian pavilion wrong (I’m told it’s actually CD$58 million – or roughly US$55 million) [correction: actually, Bostwick gets it right: the cost of the building is CD$28 million, and the total cost of the pavilion project, including programming, is CD$58 million], but he’s right that – for the US$61 million cost – the US is getting much, especially compared to the architecturally significant pavilions being built for significantly less by other countries. Compare, for example, the marvelous and witty Dutch pavilion, built for roughly US$28 million: 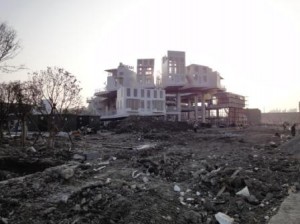 To the doubly expensive US$61 pavilion: 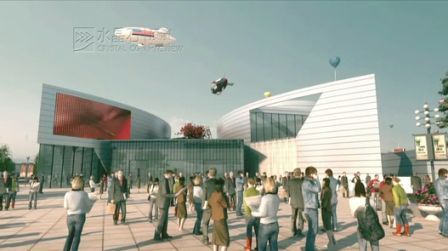 If, like me, you can’t quite figure out what the US is getting for more than twice the money, then you wouldn’t be alone: the non-profit running the US pavilion, and the US State Department, have so far refused to release a detailed budget or accounting of how they are spending the tens of millions of dollars that they’ve already raised for the pavilion, much less the millions that they plan to continue raising. Why? Your guess is as good as mine (for the record, I’m aware that programming and operations consume a significant percentage of pavilion budgets – but, in the case of the US, we don’t know how much). But when asked for detailed accounting, the relevant authorities (Obama employees, all) bristle, bluster, and refuse to answer.

My second reason as to why US citizens should care about the 100 day mark: the State Department has so far refused to fulfill a FOIA request for any and all information related to the “Action Plan” that governs how the US pavilion is funded and operated. In addition to a detailed accounting of just how much money  is being spent on the actual pavilion structure (after all, for US$61 million, one can build a fine skyscraper in Shanghai), those documents might also explain the means by which USA Pavilion, Inc, the non-profit organization that operates the US Pavilion, obtained its State Department authorization outside of the official competitive bidding process that the State Department conducted in 2006 and 2007.

Finally, my third reason that US citizens should care about the 100 day mark: the US pavilion is still several million dollars short of its budget. Apologists for the pavilion cite a wide range of excuses for the failed fundraising drive: the Olympics, the 2008 US election, the recession, and Chinese efforts to raise money off US corporations. But what they never acknowledge, but which is undoubtedly true, is that an architecturally significant US pavilion could have been built for one-third the cost of the current monstrosity (see: US$28 million Dutch pavilion), with a significant percentage of the funds coming from the US business community in Shanghai. Alas, the State Department – which selected the current pavilion group in a non-competitive process – had no interest in this kind of option. Meanwhile, several major US companies with real estate experience in China, and serious questions about just how that US$61 million would be spent (they know what US$28 million and US$61 million buys in Shanghai), chose not to contribute to the US pavilion effort.

Why the secrecy? We’ll never know until US State Department bureaucrats finally release the relevant documents. But, thankfully, the FOIA request is scheduled to be fulfilled at some point in 2010, providing journalists and historians with the raw material to answer the question that architecture critics are going to continue asking throughout 2010: Just how did the US end up with such a lousy, over-priced pavilion at Expo 2010? 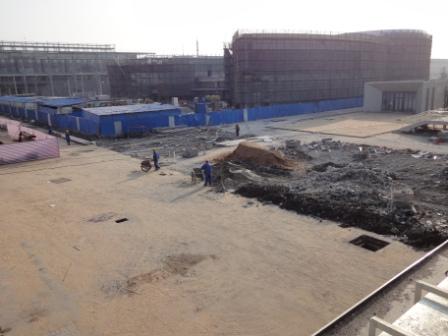 (the US pavilion as photographed on January 18)