Shanghai Scrap has viewed documents revealing that last week the US Department of State’s Office of Inspector General [OIG] forwarded a request for investigation into the Department’s stewardship of the USA Pavilion at Expo 2010 to the US Secretary of State’s Executive Director. The complaint requests a “full and fair recounting of the events that transpired … in the US Pavilion process over the last three years.” As reported on Shanghai Scrap, both the State Department and the private organization managing the US pavilion, have refused repeated requests to produce documents related to the pavilion selection process, pavilion fund-raising, and the basic rules governing operation of the pavilion (the “action plan”), among other essential details relating to the oft-troubled US pavilion at Expo 2010. The complaint calls for a transparent review of those documents for the purpose of preventing a repeat of the mistakes made in selecting and managing the 2010 pavilion. 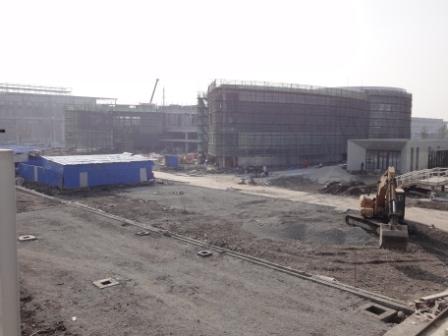 Last year, a concerned US citizen filed a Freedom of Information Act [FOIA] request to obtain these documents (including the “action plan” which governs the US pavilion effort). As of January 4, 2010, it has not yet been fulfilled.

Additional documents reviewed by Shanghai Scrap reveal that a reviewing investigator within the OIG’s office has reservations about whether, in fact, criminal acts were committed by parties involved in the US pavilion effort. However, the investigator concedes that an investigation could have utility in improving possible future US participation in World Expos. Such an investigation would not be unprecedented, and neither would findings of potentially illegal behavior: during the 1990’s, OIG investigated US management and participation in both the 1992 Seville Expo, and the 1998 Lisbon Expo. In both cases, OIG found the management of the US pavilion to be “problematic,” and in its 1999 audit of the 1998 Lisbon pavilion, went so far as to suggest that the (now defunct) United States Information Agency [USIA]  “may have violated the spirit, if not the letter” of a statute governing US participation in Expos.

The allegations against the current US pavilion effort are as serious, if not more so, than those determined against the troubled US effort in 1998, in large part because – unlike 1998 – problems with the 2010 US pavilion, and the group managing it, stoked diplomatic tensions between the United States and China. The complaint, which Shanghai Scrap has reviewed, asks for “recommendations to the Secretary and President how such problems can be avoided in the future via a well thought-through, fair, and open process for managing the US Pavilion at future World Expos. More serious findings may require legal action.”

The “more serious findings” may relate to questions raised at Shanghai Scrap, and in other venues, about about how and why USA Pavilion, Inc, was authorized to design, fund-raise, and manage the US pavilion at Expo 2010 (the selection took place after the failed conclusion of a federal Request for Proposal [RFP]; potentially, this is a criminal violation of federal contracting statutes); whether the State Department revised or ignored its “black list” of companies found – for various reasons – to be unacceptable as donors to a US pavilion (on the basis, say, of violations of the Foreign Corrupt Practices Act); whether Ellen Eliasoph, a co-Chair of USA Pavilion Inc., has violated conflict of interest rules and/or statutes by raising money from US and Chinese individuals while her husband, Ira Kasoff, Deputy Assistant Secretary of Commerce for Asia, oversees important trade access issues between the US and China (and whether or not State issued or revised such rules for the pavilion and Eliasoph). Kasoff and Eliasoph, pictured below. 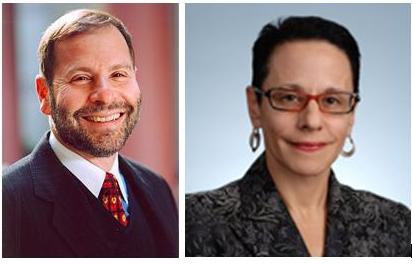 Secretary of State Clinton has taken a keen, personal interest in the US Pavilion since at least mid-2008, including a personal appeal  from the Chinese Foreign Ministry to do something about the troubled effort led by Ms. Eliasoph and her colleagues in the USA Pavilion. Whether or not she’d like to see an investigation into the enterprise in advance of the Expo itself is a political question as much as a governance question. At a minimum, it would seem reasonable to expect that State – now under a mandate to improve the conduct of public diplomacy – would want to know what it did wrong as contemplates US participation at Expo 2015 in Milan.

It is undeniably the case that the attention of the US media is beginning to turn toward the US pavilion. In the last several weeks, Shanghai Scrap has learned that at least two US media organizations have looked into improprieties related to the USA pavilion, including the relationship between Mr. Kasoff and his wife’s role with USA Pavilion, Inc. Many, if not all of these questions, could be resolved if USA Pavilion and the State Department would consent to the immediate release of the “action plan” and any notes and correspondence relating to the selection of USA Pavilion, Inc to design, fund-raise, and manage the USA Pavilion (rather than force interested parties to wait for the FOIA process to produce the documents). No doubt, as the Expo draws nearer, the requests will grow more frequent, with more reporters asking why – if there’s nothing embarrassing, unethical, or illegal in the documents – the individuals who control them won’t let them go. What’s being hidden, and why?

In 2015 Milan will hold the next World Expo, and nobody – except, perhaps, the individuals awarded the USA pavilion authorization for Expo 2010 – would want the US to repeat the mistakes that forced the Chinese Foreign Ministry to address the US Pavilion directly with Hillary Clinton, herself. But until a proper accounting of what went wrong, and why, is made available to concerned parties, it’s all but guaranteed that something of the sort will happen again in the future. Here’s hoping that the Secretary’s office will take the complaint seriously.