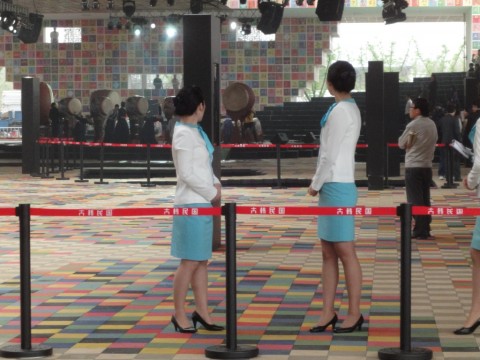 Again, I would’ve posted more and better, but the pavilion wasn’t open to visitors during the soft opening. Still, this image should offer some sense of the exquisite beauty that is the South Korean pavilion. And, at that, I’m going to pass out from Expo fatigue. Meatier material, tomorrow.

[Oh, and warm Shanghai greetings to the Beijing press corps which, over the last 48 hours has swelled the ranks of media in Shanghai by ten-fold, at least. For the record: we know you’ve arrived with heavy bags – and expense accounts. See you for dinner.]