“All Expo, all of the time!” That’s the staff cheer at Shanghai Scrap HQ this week, and there’s no reason to stop now. Upcoming, later in the week: “Expo 2010 has a little bit of everything, but it sure doesn’t have one of these,” “A reporter’s guide to the US pavilion,” and “A well-traveled foreigner’s guide to visiting the Expo.” But, for now, we’d like to show some appreciation to the China blogging community by offering up some red meat. I am, of course, referring to the Xinjiang and Tibet pavilions, housed beneath the China pavilion, along with the other provincial pavilions (for information on those, I strongly encourage you to check out this afternoon’s recent string of tweeted photos from the Beijing pavilion by the Daily Telegraph’s Malcolm Moore – here, here, here, and here).

Long-time readers know that Shanghai Scrap is a reported blog. Bluntly, we don’t do opinion often, or well. With that in mind, we’re just going to present the facts and let you all decide. 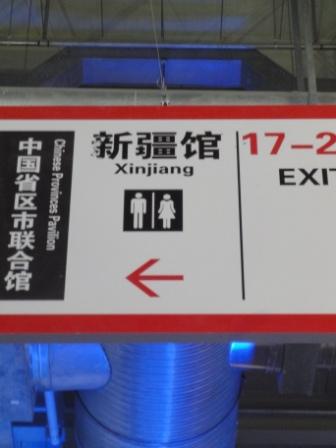 Go around the corner and … 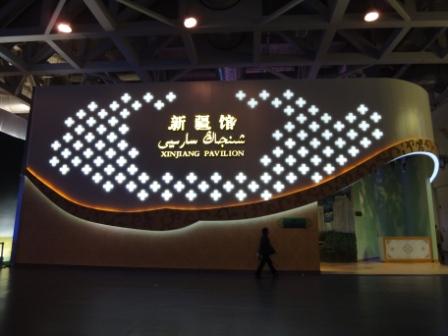 Enter through a narrow corridor lined on one side with photos of happy minorities in their colorful native costumes (hard to get an angle for a pic). 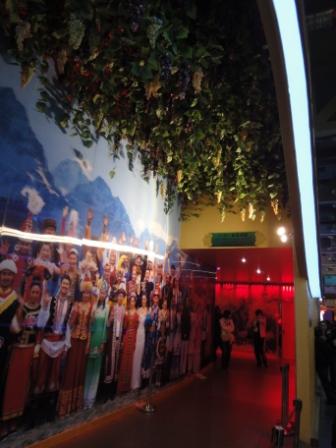 From there, you enter a room surrounded on three sides by a screen showing images of Xinjiang scenery (the fourth wall is glass, facing a blank wall and the restrooms). Frankly, some of it ain’t bad, and by the low standards of the provincial pavilions, it’s stunning. Some of the best on offer beneath the China pavilion. 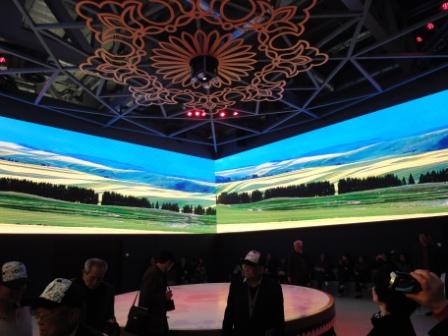 From there you exit through a corridor stuffed with giant plaster fruit (immediately bringing to mind this scene from Woody Allen’s Sleeper). A few minutes spent here revealed that the giant pear is a popular prop for photos. 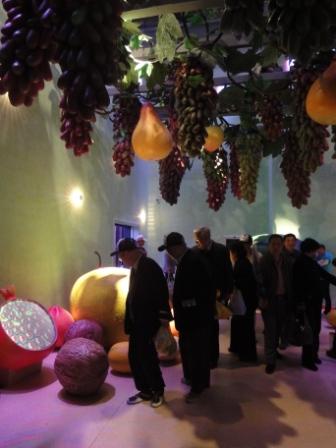 The giant plaster fruit leads to the final pavilion feature: several flat screens connected to cameras that take pictures of visitor faces and display them in heads attached to bodies in traditional Xinjiang minority costumes. 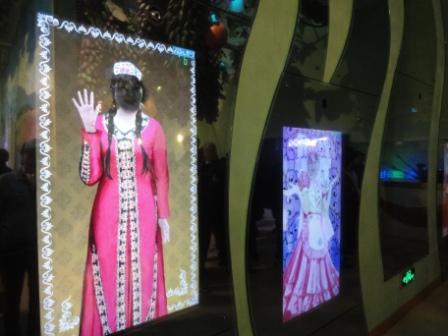 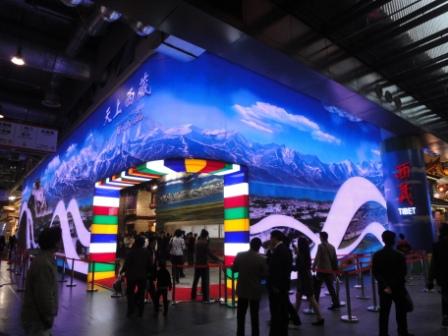 Step inside and you’ll find, on the right, a facsimile of the Tibetan railway and, inside of it, a film about Tibet. I didn’t watch the film. 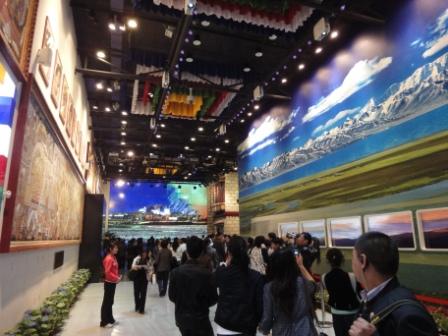 Across from the theater, visitors can try out a prayer wheel. 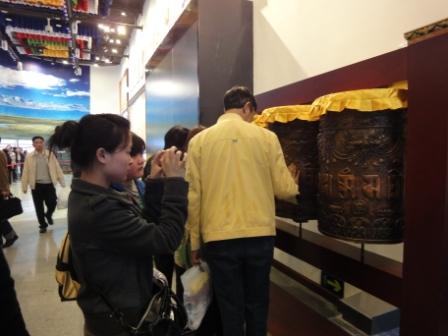 From there, visitors step into what I can only characterize as a … Tibetan sitting room? There’s no label for this; believe me, I looked. 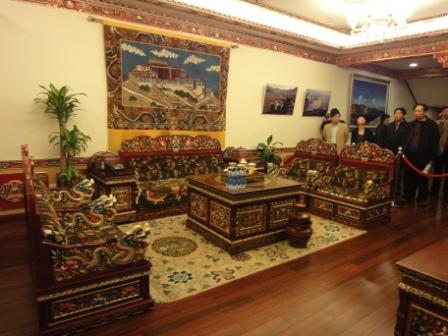 Two details worth noticing. First, the beverages on the table: bottled water and something canned called Tibet Barley [readers?]. 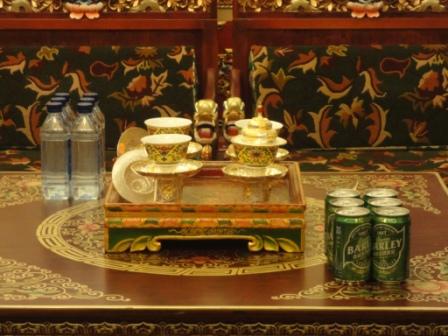 And second, the very patriotic framed images on the walls. That’s President Hu with some happy Tibetans on the right; Mao, Deng, Jiang on the left. 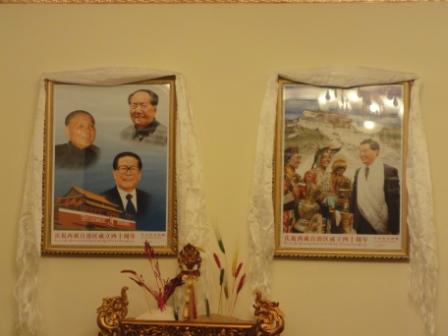 And that, my friends, is pretty much it. Neither more, nor less, extravagant than any of the other provincial pavilions.

One note: there seems to be a controversy brewing as to whether or not it’s worth a three hour wait to visit these and other provincial pavilions. Me, I’m going to disagree with those who say that the exhibits aren’t worth the wait. In fact, I think – from the point of view of a foreigner visiting the Expo – these are far more interesting than anything you’ll find in, say, the German pavilion (been there). Extremely illuminating stuff.