Crowds of World Cup fans assembled at the bars beneath my apartment building during the first half of South Africa v. Mexico. 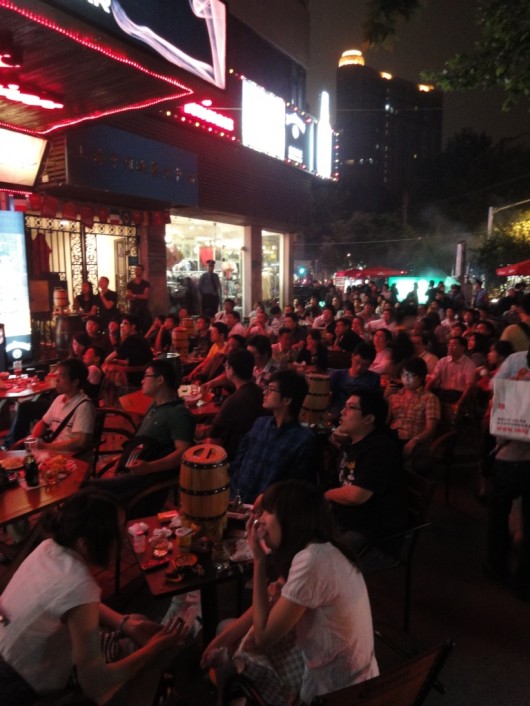 This is but one bar of many, and the combined cheers reaching my window make it sound as if there’s a riot rushing through downtown Shanghai (note: there isn’t). The crowds for this year’s Cup opener are at least twice as large as four years ago, and many, many times larger than any of the Beijing 2008 Olympic crowds (including the opening ceremonies). What’s the explanation? What does it all mean? Far be it from me to speculate, but if I had to guess, I’d say: the bars are running better drinks specials.