My long-time readers are aware, I think (perhaps too aware) that I spend an inordinate amount of time contemplating (and sometimes writing about) the life and fate of my home state, Minnesota (population, 5.3 million). And that mental phenomenon, in part (there were other reasons), explains why, yesterday morning, I was atop a hotel in Foshan (population, 3.3 million) a rapidly developing Chinese city (what Chinese city isn’t rapidly developing) that most Minnesotans have never heard of, looking at data on Minnesota housing starts. For those who don’t follow this sort of thing, a housing start is simply a housing unit on which construction has begun in a given period. So, according to the US government data that I was looking at, there were exactly 709 housing starts in Minnesota in September.

Then I turned around, looked out the window, and saw many more than 709 starts happening 33-floors below. As well as a shopping mall to dwarf any but the Mall of America, a new “financial park,” lots of commercial real estate … and this is just one neighborhood on the outskirts of town. Far more intensive construction was going on closer to the city core. And, in the course of the 16 days that I’ve spent up, down, and sideways in Guangdong this month, I’ve seen dozens of projects just like these, often much bigger (photos taken of the right and left-handed views of the same project). 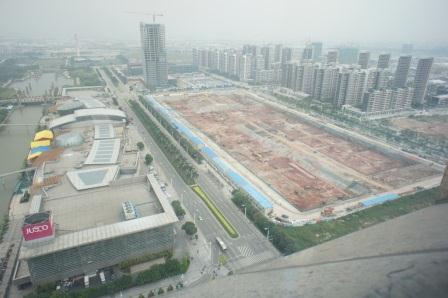 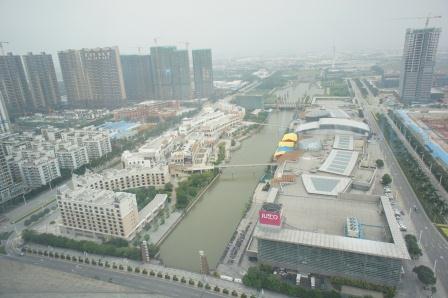 None of this comes as a surprise to anyone who spends any time in China – even fleetingly. It is the stuff of daily life. But back in the US, and back home, in Minnesota, especially, I can’t help but get the sense that there’s an almost purposeful denial that what’s happened, and is happening in China is fleeting; that, in some shape or form, everything will go back to normal and sooner or later Minnesota will have more housing starts than China (or, at least, Foshan), again. We just need to cut taxes. Or spend more on K-12 education. Pick your favorite solution to the current economic malaise, whatever that may be, and it’ll set things back to 1985, again.

At a minimum, over the course of several trips to the US this year, I’ve gotten the unerring sense that otherwise intelligent people are too ready to blame the current economic downturn on partisan factors having to do with Minnesota/North America, without pausing to consider that, just perhaps, there’s something (many somethings) happening in cities they’ve never heard of, changing the living standards of Minnesotans, permanently; that much of what’s happening to Minnesota’s economy has nothing to do with Minnesota.  This sort of economic and political narcissism (“our problems are only our own creation”) isn’t going to lead to a very nice place. At some point, you’re going to have to admit that there is, in fact, something to that competition beyond their lower salaries.

Anyway, dear Minnesotans, that’s what 2.5 weeks in Guangdong (and 9 years in China), and a bunch of Census Bureau stats, led me to ponder.