I’ll be traveling through Sunday and thus a blogging holiday has been declared through Monday, August 20. That is, no blogging for a few days. Two quick items, though, before I disappear:

1. South China Morning Post [subscriber only] is reporting that Shanghai is “dangling incentives such as belly-dancing lessons and free legal advice to recruit more members for the government-backed labour union.” One, I suppose, should not go without the other (see: peanut butter and chocolate; traffic and weather). However, foreign companies concerned that such recruiting tactics might lead to unrest in the ranks can rest assured that the government has taken the concerns to heart. According to the SCMP story:

“Chinese unions are different from unions overseas. In China, we won’t strike,” an organiser said. “There won’t be any trouble if your workers join.”

This is not the time, but I fully intend to address the nature and function of Chinese labor unions in a future essay.

2. While traveling, I will be enjoying Nick Lowe’s wonderful “At My Age.” Highly recommended.

Happy mid-August to all – 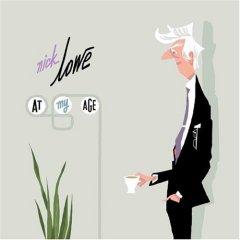