Cheap freshwater pearls are an entitlement in Shanghai and Beijing. Locals tell me where to buy them; expats tell me what to pay for them; and tourists like to show me carry-on bags filled with them, destined for listing on ebay (US-based flight attendants are very well-represented in this last group). Which brings to mind a question: how is it possible to sell a nice-looking string of pearls for US$5 or less (I say “nice-looking” in full acknowledgment of the fact that I am 100% ignorant in the jewelry grading department)? Maybe I’m missing something here, but I’ve always thought of a pearl as a semi-precious (at least) jewelry item – and not a commodity.

Enter my pal Randy Goodman (of the Carolinas Recycling Group), who traveled to the Zhuji Pearl Markets in Zhejiang Province last week (about 250 km south of Shanghai). According to Randy, and a brief google search, Zhuji is the heart of China’s cultured freshwater pearl industry. And now, thanks to Randy, we have photos of what the Zhuji pearl harvest looks like: 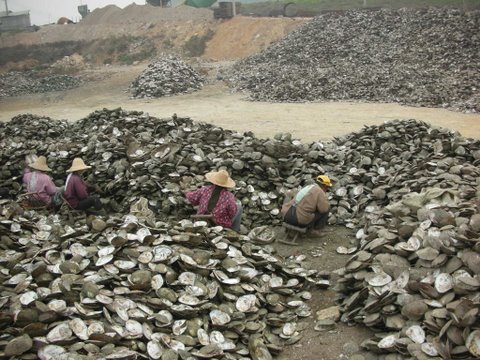 After the jump, more …

I have no idea what pearl harvesting looks like in other parts of the world where – I’m guessing – a freshwater pearl costs more. But after the initial shock of these photos, I’d have to say that there’s nothing in the least bit surprising about them: once again, low-cost Chinese labor has lowered the cost of a labor-intensive process (pearl extraction) and product.

Thanks to Randy for the great images. 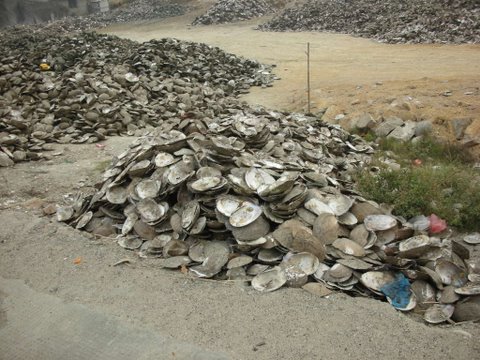